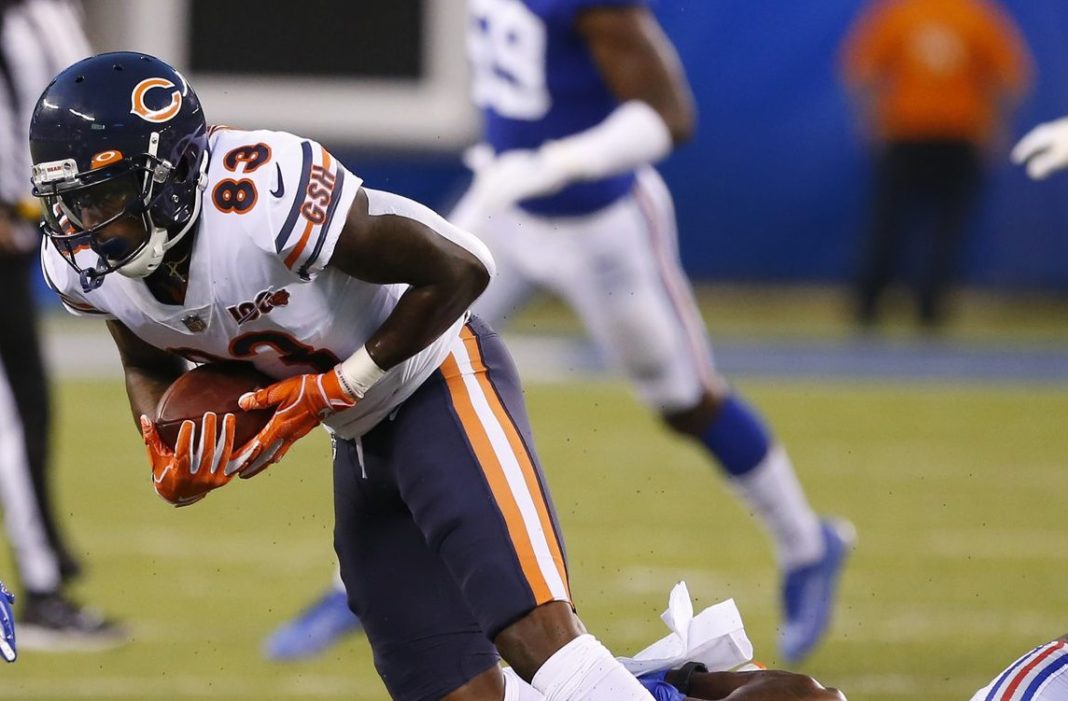 Javon Wims has become one of the biggest stories of 2019. Last year he was a 7th round pick out of Georgia. A young kid with a big body and talented skill set but little development. Then he delivered a dominant preseason run that led many to wonder if the Chicago Bears may have something. After not playing much as a rookie, he’s entered his second year with a clear aim. It’s no longer about making the team.

He wants to play on Sundays.

Thus far his mission has been an unqualified success. He was easily one of the best players in training camp since July. A regular standout in practice. Now he’s once again among the more productive receivers of the preseason with seven catches for 77 yards in two games. The coaches seem excited about the strides he’s made. Feelings are that he is much more trustworthy as a route runner than he was last year.

There is one piece of evidence though that has surfaced. Something that undoubtedly must be catching the eye of head coach Matt Nagy. Wims has suddenly become a lot better at getting open down the field. There were glimpses of it in practice.

Another came in the preseason loss to the New York Giants. Wims caught a big 29-yard completion to set up a field goal. Then he had a step on a Giants corner down the sideline but was overthrown by Tyler Bray. For a guy who wasn’t known for blazing speed coming out of college, he’s shown a knack for creating space deep.

Only Nagy can answer the big question in all of this. Will Wims play more in 2019? Just based on the work he’s put in and the performances he’s had, it feels like he has earned that opportunity. Yet Nagy seems content with the trio of Allen Robinson, Anthony Miller, and Taylor Gabriel. Combined with the gadgetry of Cordarrelle Patterson, it may seem difficult from their perspective to find ways to get Wims on the field.

However, there is one thing they can’t ignore. It seems Wims has a strong connection with Mitch Trubisky. The two connected a lot in practice and have worked together tirelessly since the offseason began. Trubisky seems to have trust in him as a pass target and the added dimension of his 6’3 frame is something neither Gabriel nor Miller can offer. If nothing else, he can offer them more help in the red zone.