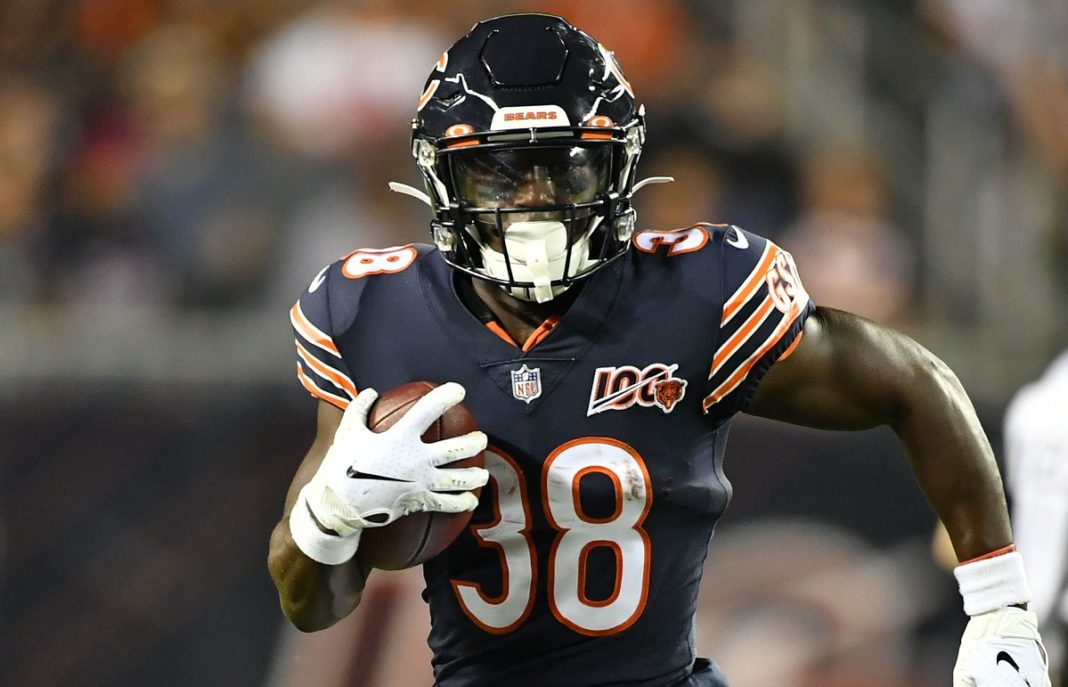 The Chicago Bears roster bubble remains in flux with three games to go in the preseason. Another big step looms tonight against the New York Giants. With the starters unlikely to play, several of the reserves will have ample opportunity to state their case for a roster spot. It’s a matter of sifting through them to determine who’s already safe and who still has work to do in order to earn their stripes.

Let us break down the roster as it stands. Each position will be showcased with two sections. Those above the line should be considered locks to make the final 53. Those below it are uncertain and have more proving to do before it’s all said and done. Who should you be watching closely in New York?

The odds of the Bears carrying three quarterbacks are remote. They didn’t last year and the roster they have this season is even deeper than before. Bray is serving his purpose to help with training camp practices and to be an extra arm for throwing in the preseason. Beyond that, he doesn’t have much a future barring an injury on this depth chart.

The Bears will likely carry four running backs this season. Cohen, Montgomery, and Davis are obvious locks due to their circumstances. Cohen is a star. Montgomery is the top draft choice and Davis was signed to a multi-year deal. So that leaves the final spot in a head-to-head battle between Whyte and Nall. The former has a definite speed advantage that the Bears like, but the latter is bigger and more experienced in the offense.

The top six spots for the wide receiver position seem all but set. Wims has had an outstanding training camp and is unlikely to be left out. Ridley is a 4th round pick and Patterson is their primary kick returner. So the question becomes will the Bears carry a seventh receiver? It’s not out of the question. Hall’s speed is hard to overlook while Ives has quietly performed well in practice and the preseason opener. Injuries may dictate how this goes.

For a position that is so important to this offense, the Bears have a lot of question marks. When healthy, Burton is a quality player who fits what they like to do. Shaheen is in a make-or-break year. Neither has had much luck staying healthy. Braunecker is a nice backup and good special teams player. Sowell was converted from tackle and could be viewed as their best blocking tight end while Bunting has lots of pass-catching upside as he showed against Carolina. Raymond isn’t out of the race yet but he has a lot of ground to make up.

The starting lineup is set in stone and both primary backup spots are filled by Larsen and Coward. Chicago will likely carry one more body into the regular season, two at the most. As of now, Bars is the favorite given his performance in camp and the preseason opener. Lucas is in play due to the uncertainty of how the Bears feel with Coward being their only backup at offensive tackle.

The Bears carried six defensive linemen on the roster last year. Odds are that will be the case again. They have plenty of depth at the position so there could be some tough choices to make in the next couple of weeks. Williams and Bullard should be considered the favorites for those final two spots due to being on the team last year. Banfield and Dalton though have stood out since joining the team back in April.

There are some serious questions for this team to sort out at outside linebacker. Mack, Floyd, and Lynch are obvious locks. The problem is none of the others on the roster have stood out to this point. Irving is the most reliable while Fitts is a former draft pick. Betts and Harris came in with a lot of hype for undrafted free agents but have failed to stand out. It wouldn’t be a surprise if an outside name gets involved here.

Kwiatkoski has been a steady backup and special teams contributor but it feels like his spot on the roster continues to slip away. He’s still a major liability in coverage. So much so that the new Bears coaching staff might not be comfortable with him like Fangio was. That said he’s in a good position to keep the job. That is unless Woods, who has looked good the past two months, is able to take it from him.

Cornerback is a position of strength for the Bears, especially in the slot with Skrine and the rookie Shelley. What they need to sort out is the outside positions behind Fuller and Amukamara. Toliver was the favorite coming into this year but he’s been invisible at camp and in the preseason due to health setbacks. Franklin III has looked so much better than he did last year while Joseph appears to have made strides as well. Denmark seems like a top candidate for the practice squad.

Safety is probably the most settled position group on defense. Four spots are secure with Jackson and Clinton-Dix as starters, Bush as the primary backup, and McManis as a deep reserve and special teams ace. It’s a matter of who gets the fifth and likely final slot. Houston-Carson is a heavy favorite at this point though not quite enough to feel secure. If nothing changes with Mincy or Jibowu this week, that will change.

Two of the three specialist positions are not in question with O’Donnell at punter and Scales long-snapping. The obvious uncertainty lay at kicker. Nagy insists the ongoing battle between Fry and Pineiro is even but it feels like Fry has a slight edge after his solid performance in the preseason opener. That said, neither of these guys can consider themselves safe. The Bears came close to trading for Kaare Vedvik a week ago, which sends a clear signal they’re thinking about making a change.