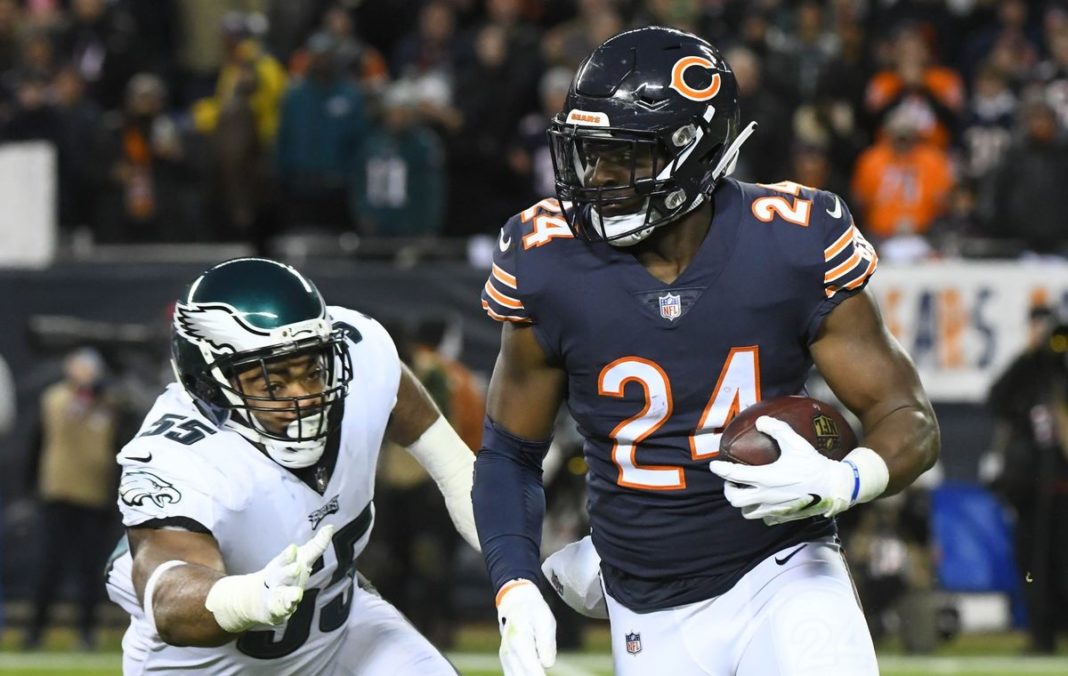 Why was Jordan Howard traded? There were a number of reasons. The biggest was concerns over his awkward fit in the offense under head coach Matt Nagy. His lack of pass-catching prowess was something that couldn’t be ignored. That along with him going into the final year of his rookie contract compelled the Chicago Bears to get something for him while it was still possible. No one play was a deciding factor though.

Or so we thought.

Brad Biggs of the Chicago Tribune explored the major differences between the Bears running game of 2018 and this coming season. He illustrated that one of the things that likely annoyed Nagy with Howard was his lack of explosiveness. Too many times he’d fail to take advantage of opportunities for bigger gains because he was too late to reach a hole or didn’t have strong enough balance to get through a tackle attempt.

The final straw appeared to come in the playoff loss to the Philadelphia Eagles. Biggs explained one key play in the 3rd quarter that seemed harmless at the time but ended up having massive consequences for the outcome of the contest.

Jordan Howard may have changed his fate on this play

The play took place with just over 12 minutes to go in the 3rd. Chicago faced a 3rd and 1 from their 46-yard line. The call was sent in. It was a run to Howard. What happened next cannot be understated for importance, and the video proves it.

From the shotgun formation, Trubisky handed the ball to Howard as tight end Ben Braunecker came across the formation to kick out the edge. The split flow zone was designed for a cutback. Howard saw the cutback lane and headed to it but labored through the hole. Safety Malcolm Jenkins, influenced by Trubisky’s fake, was late to fold inside but managed to bring Howard down with one arm.

Howard popped up after gaining 5 yards — a first down — and hopped up and down three times, realizing the wide-open space ahead of him meant 5 yards should have been 15, 25, maybe more. The Eagles didn’t have a safety in the middle of the field, and if Howard maintained his feet, it would have been a foot race against cornerbacks to the end zone. Maybe he wouldn’t have scored, but it should have been a chunk gain that put the Bears deep in Eagles territory.

It was a positive play and of course the Bears were happy with the first down. But it was a great play call with good design and should have gone for much more — and has to in a playoff game that wound up decided by one point. As it turned out, Trubisky was sacked on the next play, and after two more snaps the Bears punted. Opportunity lost.

Just look at the replay.

All Howard had to do was get past that first tackle attempt and there was literally nothing in front of him. It’s quite possible he could’ve housed it had he not been too easily tripped up. Try to imagine if that had been the case. The Bears would’ve suddenly been up 13-3 and that would’ve changed the entire complexion of the game. Instead Philadelphia got the stop and the game remained close enough to pull off the win in the final seconds.

As traumatized as Nagy was by Cody Parkey’s missed field goal, his review of the film almost certainly came across that play by Howard more than once. All he could likely think about was the missed opportunity. This started the ball rolling and the Bears never looked back, trading Howard and eventually going up to get David Montgomery in the draft.