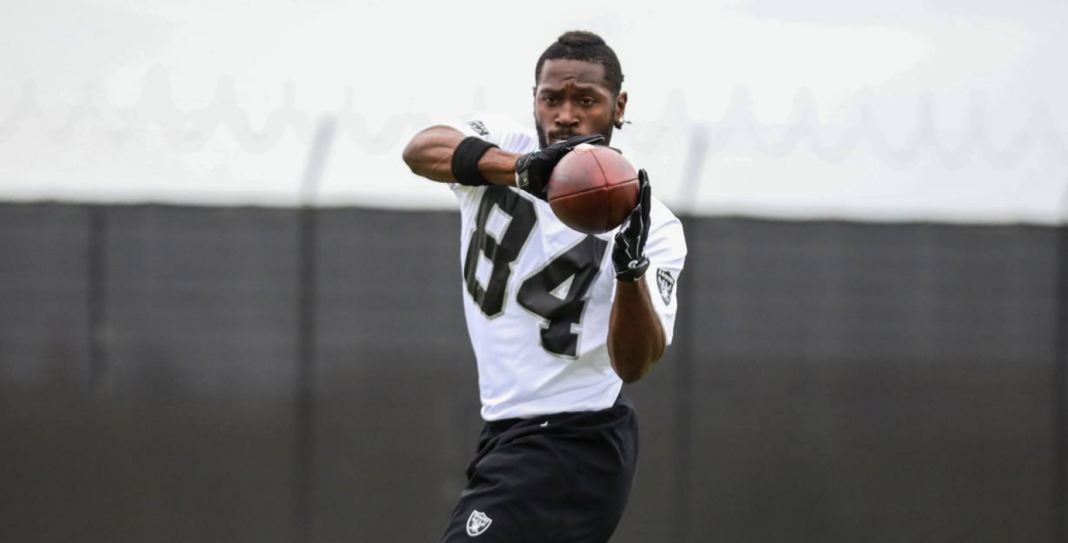 If you’ve watched any of HBO’s “Hard Knocks” featuring the (soon-to-be Las Vegas) Raiders this season, rest assured you’ve been exposed to Jon Gruden’s intensity. “Coach Chucky” can go from zero to 100 in a blink of an eye, making him a volatile and interesting character on the show. Gruden’s leadership style, Antonio Brown’s nasty frostbitten feet and rookie WR Hunter Renfroe’s “American Idol” audition took center stage on this week’s edition. Here is our ‘Hard Knocks’ Ep. 2 Recap.

Mind you, last week’s opening episode gave us an initial glimpse into the Raiders and their tradition while introducing us to some of the locker room characters. If last week was a toe-dip into the pool, this one was a swan dive. From start to finish, this episode kept me tuned in and makes the series 2-for-2 thus far this season.

The look Gruden gives when Brown’s feet injury (frostbite from not properly protecting his feet during a cryo treatment) is priceless. It’s an eye roll mixed with a look that betrays every public comment he’s made about Brown since his training camp shenanigans started up with a hot air balloon ride entrance. The talented wide receiver wants the spotlight and it’s hard not to give it to him. Still, this relationship is extremely capricious, especially while his feet are getting “circumcised.”

Antonio Brown said his feet are being circumcised…😂pic.twitter.com/Kwm7tPjBIl

What really stood out was how isolated Brown seems to be. While he nurses his feet back to health, he chooses to work out away from the team facilities. It’s not uncommon, but it seems to be juxtaposed with the team environment within the squad as they bond over team meetings and the occasional horseplay. I don’t doubt he’ll be prepared and elite, but he sure isn’t doing anything to win over his new locker room after his sour exit from Pittsburgh.

Add into it his helmet conflict with the league, it is something warranting a little bit of concern.

Every time Gruden speaks to the team, whether it’s his attempt to draw out the us-against-the-world or his Monday Night Football-esque narrative to the team as he introduces the incoming Los Angeles Rams prior to their joint practices, I put my phone down and key in. They are fantastic sports soliloquies.

It’s so entertaining just watching Gruden interact with others, especially Rams head coach Sean McVay — who appeared on a previous season of “Hard Knocks” back when Gruden was with the Bucs and McVay was the volunteer coach he nicknamed “Piss Boy.”

Gruden helped McVay get his coaching start: "We made him a secretary, really, just to get him in the building." 📈#HardKnocks Ep. 2 debuts tonight at 10 p.m. ET on @HBO pic.twitter.com/9yUFfC2kaF

His demeanor is almost a caricature of his perceived personality and he has shown a great deal of restraint when commenting on Brown’s absence. You can tell he’s ready to lose his stack, if this keeps up. Any other player would probably get traded to the Bears for draft picks, but Gruden seems to be giving Brown enough freedom to sink or swim himself. Once thing’s for sure, based on this episode, Brown better perform as expected or he’s going to find himself in a doghouse he doesn’t wanna make a bed in.

Former Clemson walk-on wide receiver Hunter Renfrow has a national title to his name, including the game-winning score. His hands are sticky and sure. While the rookie receiver may be able to catch passes, he certainly can’t carry a tune. When asked to sing for his teammates, the young receiver belted out his best “Lean on Me” in front of the team, earning catcalls and dry heaves.

Still, if you listen hard enough, you can see the genius in his off-key gift to humanity. We should be thanking Renfrow for sharing such an awe-inspiring experience none of us will never forget.

Renfrow’s rendition of “Lean on Me” would make even Bill Withers shed a tear.

Abram finally gets to hit someone for real

A good part of last week showed rookie safety Johnathan Abram begging to hit somebody. When it finally came time to hit someone in the preseason game, he got his money’s worth. The kid is gifted and showed it with his performance. The rookie gave the line of the show by poking fun at Patriots legendary QB Tom Brady.

“Tom Brady is 42 years old? He older than my daddy,” Abram said. “Tom Brady coulda been my daddy.”

“Tom Brady is 42 years old? He older than my daddy. Tom Brady coulda been my daddy.”

This episode finally allowed the team to take on a life of its own. The fact that the Raiders are now in full-on camp mode and are getting used to the cameras so it gets much more raw. The narrative, especially, the conclusion that showcased Brown’s public support from the team and UC-Davis product Keelan Doss’s underdog story. Definitely whets your appetite for next week’s episode. This season of “Hard Knocks” is in full swing now, and the show isn’t disappointing.