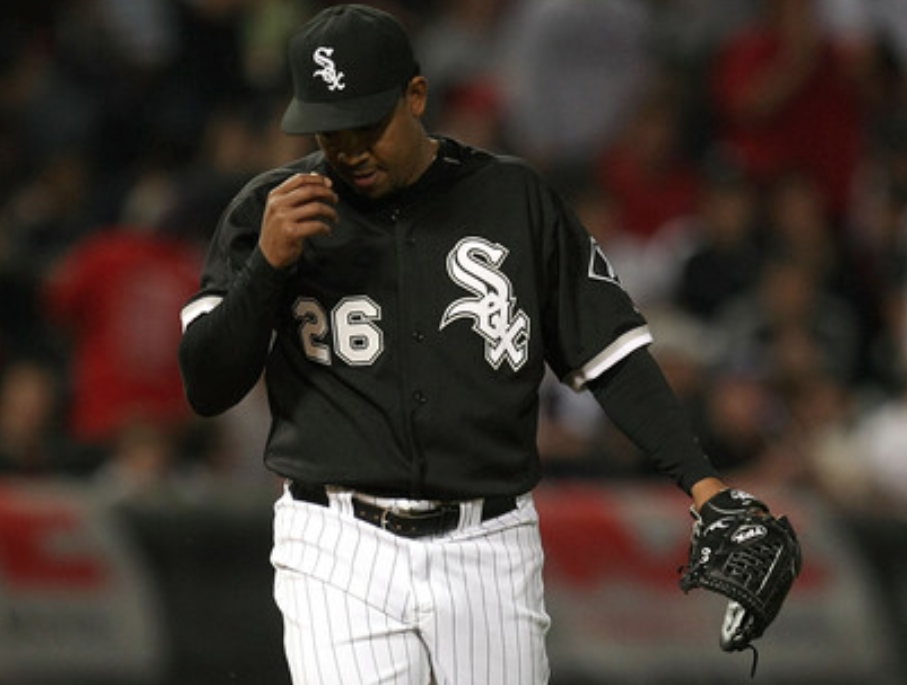 Octavio Dotel played for 13 teams during his 15-year MLB career and now six years after appearing in his last pro game the former White Sox pitcher has been arrested for drug trafficking and money laundering in the Dominican Republic.

According to DR attorney general Jean Rodriguez. Dotel was arrested in a sting that’s being billed as the “largest operation against organized crime” in the history of the Dominican Republic. The authorities are still searching for Castillo.
Rodríguez said police are also actively pursuing the alleged leader of the ring, César Emilio Peralta, also known as “César the Abuser.”
“Eighteen other people are linked to this network, including athletes and baseball players Octavio Dotel and Luis Castillo,” Rodríguez said in a news conference.

Luis Castillo, the two-time World Series champion with the Marlins in 1997 and 2003, is also facing charges, but he still hasn’t been arrested. Castillo posted the following on his Instagram after the news broke of his involvement according to the attorney general of the Dominican Republic.

“The truth is my country no longer works, my God, do you think that after making millions of dollars in Baseball I am going to dirty my hands with drugs?” Castillo wrote on Instagram.

He also posted this.