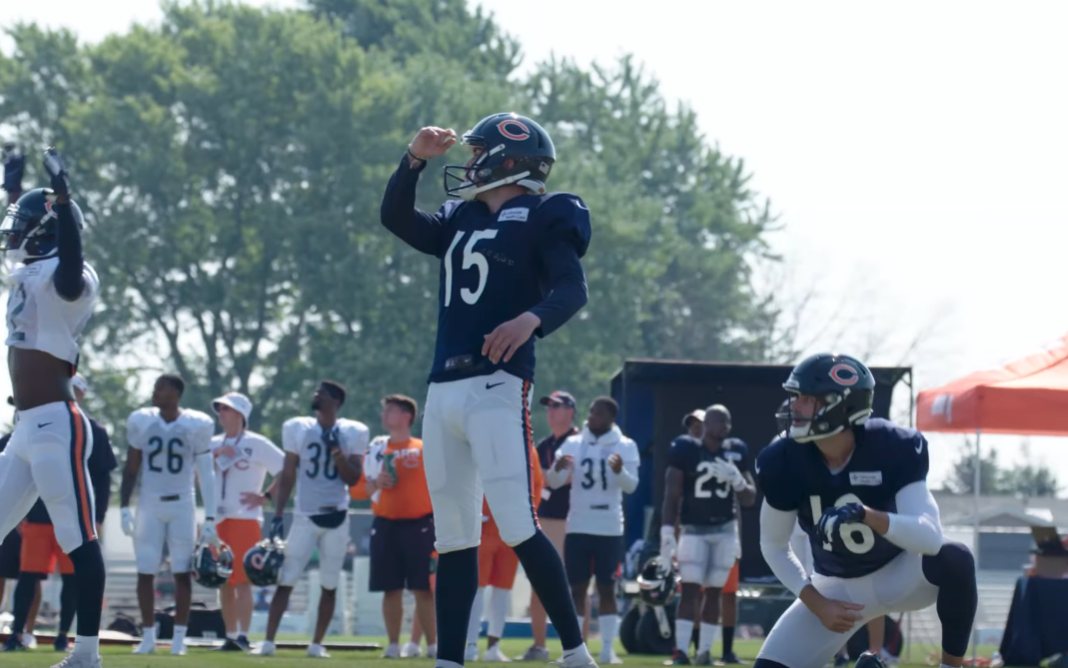 Eddy Pineiro is in prime position now to win the Chicago Bears kicking job. After a full training camp and two preseason games, the team has chosen to cut kicker Elliott Fry, leaving Pineiro as the last man standing on the roster. Head coach Matt Nagy made the announcement on Sunday. It was made clear that no one kick factored into the decision. It was more the body of work both players put together in practice and the preseason.

The goal moving forward is to give Pineiro as many reps as possible in order to see if he’s prepared to take over the job. He’ll have every opportunity to do so. That said, Nagy said the competition was only over between those two players. Pineiro holds serve, but if he struggles over the next two weeks the Bears are fully prepared to scour the waiver wire for potential options from other teams.

Eddy Pineiro certainly has the talent the Bears like

At the end of the day, it feels like this decision came down to a mixture of talent and timing. Pineiro clearly had the stronger leg in the competition, showing an ability to hit the ball strong both on field goals and on kickoffs. Then there was the fact that he saved his missed kick in the preseason for the first game rather than the second. He failed to hit a 48-yard attempt in the opener against Carolina. Fry missed from 47 in New York.

It’s apparent the Bears believe Pineiro has the leg to kick at Soldier Field where that wind and weather can be such a challenge. The kid also doesn’t lack for self-confidence, something that made Robbie Gould such a success. Chicago is giving him a wide opening to seize control of the job. All he has to do is hit his kicks over the next two weeks. Without Fry breathing down his neck, that shouldn’t be too difficult.