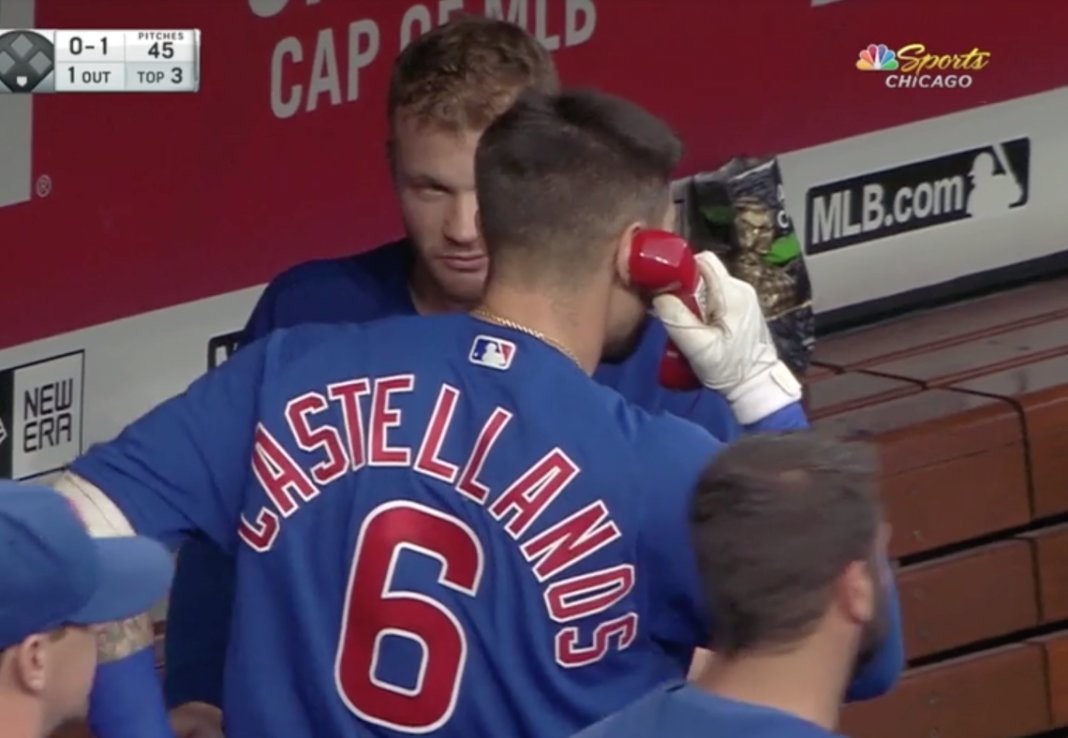 You know what will make Cubs fans fall in love with you as a player? Slashing .348/.392/.710, with 13 extra base hits in 17 games right after being traded for. Nick Castellanos isn’t just winning over fans with his play on the field, though, as he’s shown since day one that he has a great personality, is hungry to compete and well completely changing the dynamic of the offense helps too.

In a perfect world every single player on your team would be easy to root for, but we know that’s not always the case. Yet, with Castellanos it’s very easy to root for him. We’re talking about a guy who’s coming from one of the worst teams in baseball to the Cubs who are in a playoff race and you can tell he’s as committed as possible to try and help any way he can.

The passion, drive and desire is visible, and Castellanos isn’t afraid to get emotional either. On Tuesday, he was on 670 The Score for a special event and he teared up reacting to Joe Maddon’s praise for him.

On Tuesday afternoon, Castellanos returned the love. He became emotional and shed a tear describing what it’s like to play for Maddon and the Cubs after an audio clip was played of Maddon praising Castellanos for his child-like joy he displays every day.
“It’s easy for something that we love to get looked at like a business,” Castellanos said at the Cubs on Deck Luncheon series hosted by Laurence Holmes on 670 The Score. “I feel like that sucks — not just in baseball, but just like in everything in life. It just makes me feel good to hear (Maddon) say that.”

And just how bad is it playing on a team that isn’t constructed to win? Like drowning, but Castellanos has new life with the Cubs.

All in on signing Nick Castellanos this offseason. And you have to love his answer to that too!

“For me to worry about something as selfish as my free agency would be an injustice to my teammates inside the clubhouse,” Castellanos said.

You can listen to the entire segment below.