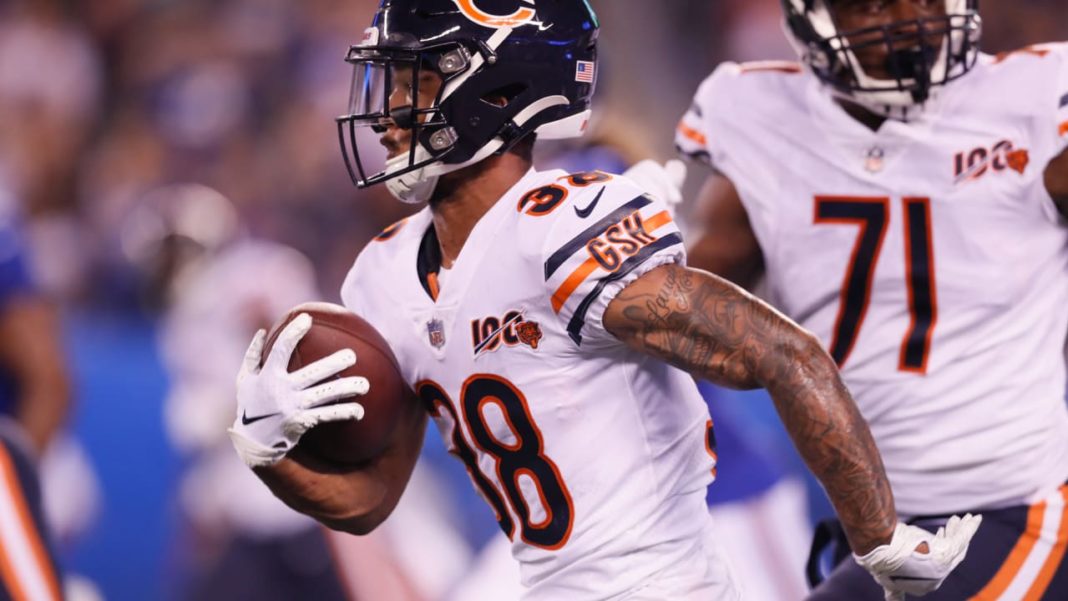 The Chicago Bears undrafted class of 2019 was easily one of the biggest in recent memory. GM Ryan Pace acknowledged that the team planned to sign 18-20 before the draft even began and it ended up being even more than that (22). So the odds coming into training camp and the preseason were that at least one of them might show enough to contribute on the main roster. As luck would have it, three of them have done so.

What’s crazy about it is only one of those three could be considered a name that was reasonably expected to do so. The other two are complete surprises. Many thought Emanuel Hall was a shoo-in for a spot but he was cut before the preseason was even a quarter of the way over. A good reminder that nothing is guaranteed in the NFL. So who are the names that Bears fans need to watch?

Get to know them now because they might be a factor at some point in the future.

The running belief was Bars likely would’ve been drafted out of Notre Dame if not for an untimely knee injury last year. Given how well he was playing at the time, he could’ve been a top 100 pick. While not the most gracious athlete, he was a mauler with good size and strength. It makes him a great fit for being a guard in the NFL. After losing both Eric Kush and Bryan Witzmann to free agency, this is exactly where the Bears needed some help.

They have to love what they’ve seen from the rookie so far. Bars has played more snaps than any offensive lineman this preseason including 72 total pass blocking. In that span, he has allowed just one pressure on his quarterback. Keep in mind this included going against starters like Dalvin Tomlinson, B.J. Hill, and Olsen Pierre. This young man has a lot of potential and could be a long-term starting option for them.

When assessing the cornerback position, the only rookie who looked like a lock to make the final roster was 6th round pick Duke Shelley. The 6th spot appeared to be in firm control by the surprising second-year man John Franklin III. That changed however in New York as the former QB/WR was thoroughly exposed by more experienced wide receivers. This opened the door for somebody else to step through.

That man proved to be Clifton Duck. Not only is he an undrafted rookie, but he comes from a lesser college program of Appalachian State. Nobody gave him much though when he was signed back in April. Then he delivered the highlight of the preseason with a diving interception to prevent a Giants touchdown. It was a moment that showcased the ball skills that had gotten him 13 interceptions in college. This kid can play.

Probably the biggest surprise of them all. Bunting accomplished little in his college career. He was a non-entity at Michigan, which was why he transferred to Cal for his senior year. There he had a modest 198 yards receiving. The Bears liked his mixture of size and athletic upside though and decided to give him an opportunity. So one can imagine people were surprised when he made three catches for 77 yards in his first NFL appearance.

Not only that, but he’s also showed up on special teams with a solo tackle and an assisted tackle. This is how a young player gets the attention of his coaches. Given the uncertainty at tight end for the Bears, particularly regarding the health of Trey Burton and Adam Shaheen, Bunting has a strong chance to crack the roster. That would make for quite a story given his lack of college accomplishments.