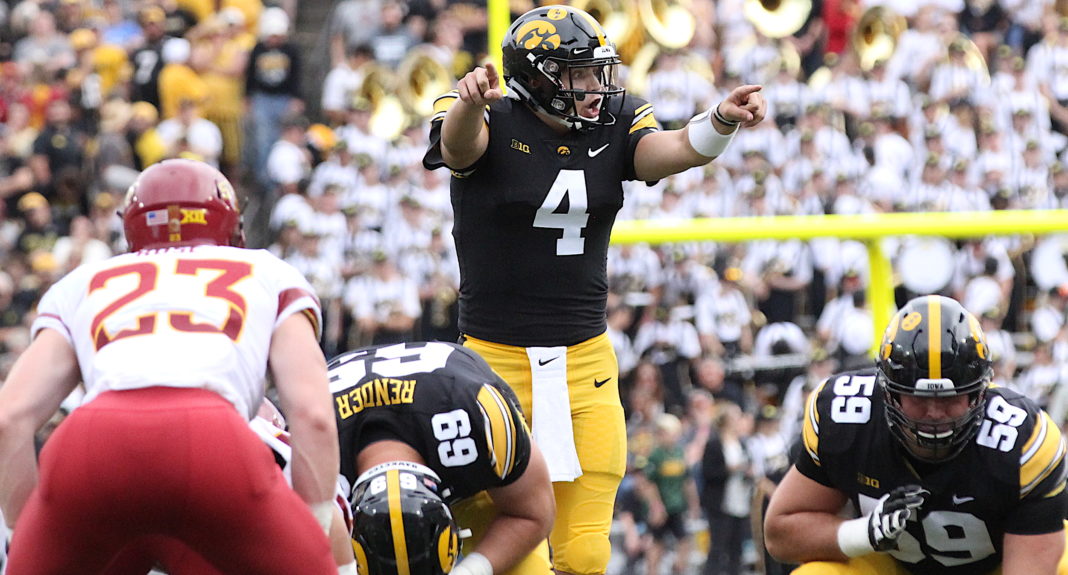 The preseason may not matter, but it’s at least served one purpose. It is providing proof that the Chicago Bears quarterback situation may need some significant adjustments come the 2020 offseason. For the time being it’s going to remain as it is. Mitch Trubisky is the unquestioned starter. Chase Daniel will be his primary backup. Tyler Bray likely won’t make the team but will remain on the quick dial list in case somebody gets injured.

However, things likely need to change by next year. Daniel was brought in for one primary purpose. To be a sounding board for Trubisky as he worked to learn Matt Nagy’s deep and complicated offense. The same went for Bray. That usefulness has served its purpose. By next year Trubisky will be entering his third in the system and should likely have it mastered by that point. Thus the Bears can truly start thinking about upgrading their talent at the backup position.

It comes down to what options they might have. They’ll have two courses open to them. Either they look to grab a veteran in free agency or they seek a mid or late round pick in the 2020 draft. Here are some names to remember from both areas for next spring.

The Tennessee Titans did the smart thing when they signed Tannehill in free agency. Knowing the injury history of Marcus Mariota, this provided them with a veteran backup with loads of starting experience. Both men will be free agents in 2020. Mariota is likely to earn a starting job, but Tannehill may have a hard time getting such interest. For all his issues as a starter in Miami, the former 1st round pick won a lot of games and can be effective if protected properly.

So many people remain adamant that Brissett will be a starter in the league. Next year will determine once and for all if that’s the case. If not, the Bears have every reason to make a push for him to become their backup. While his skill set may be a hair below starter level, he’s proven a more than adequate reserve with good size, a strong arm, and enough intelligence to handle running a modern offense at a reasonable level.

Mullens was a big surprise for many last year. An undrafted free agent thrust into the starting lineup in San Francisco after both Jimmy Garoppolo and C.J. Beathard were injured. All things considered, he handled himself well. In eight games he threw for over 2,200 yards with 13 touchdowns and 10 interceptions, posting a 90.8 quarterback rating. It wasn’t always pretty but he won three games for his team. That’s all one can ask of a rookie backup.

One of the bigger mysteries of NFL quarterbacks is Kyle Sloter. The young man out of Northern Colorado certainly has some talent. He’s 6’4 with a decent arm and has looked strong in every preseason appearance he’s made to date. In nine total games for the Minnesota Vikings dating back to 2017, he’s thrown eight touchdown passes with zero interceptions. Yet he remains stuck as the 3rd string option on their depth chart. This kid has a talent worth cultivating.

Iowa produces football players. This is a fact. It doesn’t matter which position. They may not always be the most talented in a draft, but they’re always some of the most well-coached and prepared. Nate Stanley may be the best quarterback they’ve produced in a long time. He’s big, boasts a good arm, and moves fairly well for his size. He also runs the Hawkeye’s ball-control offense with tremendous efficiency, throwing 52 TDs to just 16 interceptions the past two years.

Mobility and accuracy. Those are the two cornerstones of Patterson as a quarterback. Despite playing in an offense that didn’t fully take advantage of them at Michigan, he managed to throw 22 touchdowns and just seven interceptions in their run-heavy scheme. Patterson is a tough customer and not prone to making a lot of mistakes. He’ll stand tall in the pocket and isn’t afraid to take his shots down the field. Something Nagy would love about him.

Some guys are just gamers. They understand how to make plays in high-stakes moments. They’re tough, both mentally and physically. Sam Ehlinger fits that mold. He’s more athlete than passer at this point. While he boasts a decent arm and improved accuracy (25 TD passes to just 5 INTs), he’s better known for his mobility with 482 yards rushing with 16 touchdowns in 2018. If he can be hammered into a more efficient pocket passer, he has loads of potential at the NFL level.