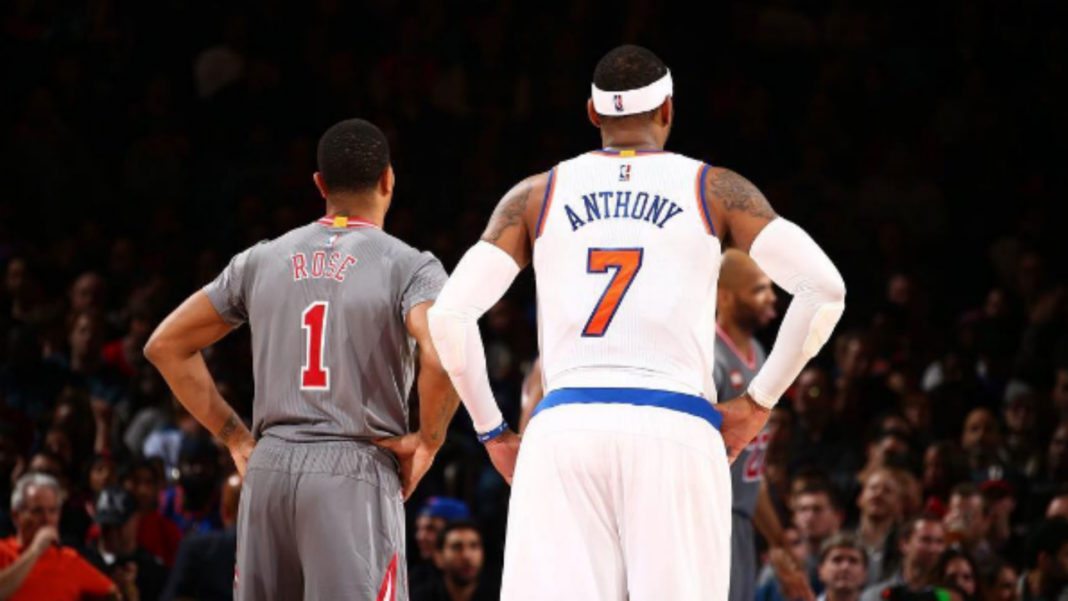 It really felt like the Chicago Bulls were on the cusp of forging a legitimate contender in the summer of 2014. They already had a solid core in place led by Derrick Rose, Jimmy Butler, and a veteran Pau Gasol. It was felt one more big move could turn them into the biggest threat in the East to challenge LeBron James and the Miami Heat. Their focus on finding it came down to free agency, with all hopes resting on All-Star Carmelo Anthony.

Signs pointed to the Bulls having made an excellent pitch to Anthony. They rolled out the red carpet with everybody getting in on the recruitment. It truly felt like they were the favorites to get him. Then, as has become too common of late, the big free agent spurned them in favor of another team. In this case, decided to sign a contract to rejoin the New York Knicks. This led to people believing Anthony had used the Bulls to get the biggest possible deal.

Now five years later, Anthony is without a team for the first time in his career and he believes it’s because of a widespread misconception that he’s not a team player. He’s only interested in chasing the biggest payday. So the 35-year-old appeared on ESPN First Take with Stephen A. Smith to set the record straight. In doing so he made a profound claim about his Bulls decision.

Carmelo Anthony may argue it wasn’t his fault, but it was

It’s hard to tell exactly who Anthony is talking about in regards to “this guy’s not going to be there.” Rose and Butler remained in Chicago for another year before the core was finally broken up after the 2015-2016 season. Anthony can’t argue the facts. That Bulls team won 50 games in 2014-2015 and took the Heat to six games in the Eastern Conference Semifinals. It’s hard not to imagine that having Anthony present could’ve put them over the top.

Instead, Anthony took the money to play for a mediocre team and made it through just 40 games due to injury. Looking back, that was probably his biggest opportunity to pursue a championship. The Bulls were good enough to go all the way and the Golden State Warriors were still a year off from ascending to their place as the team of the decade. By the time he moved on to join a solid team in Oklahoma City, it was too late.

He can blame the rumors and whispers if he wants, but the final decision was his and his alone.