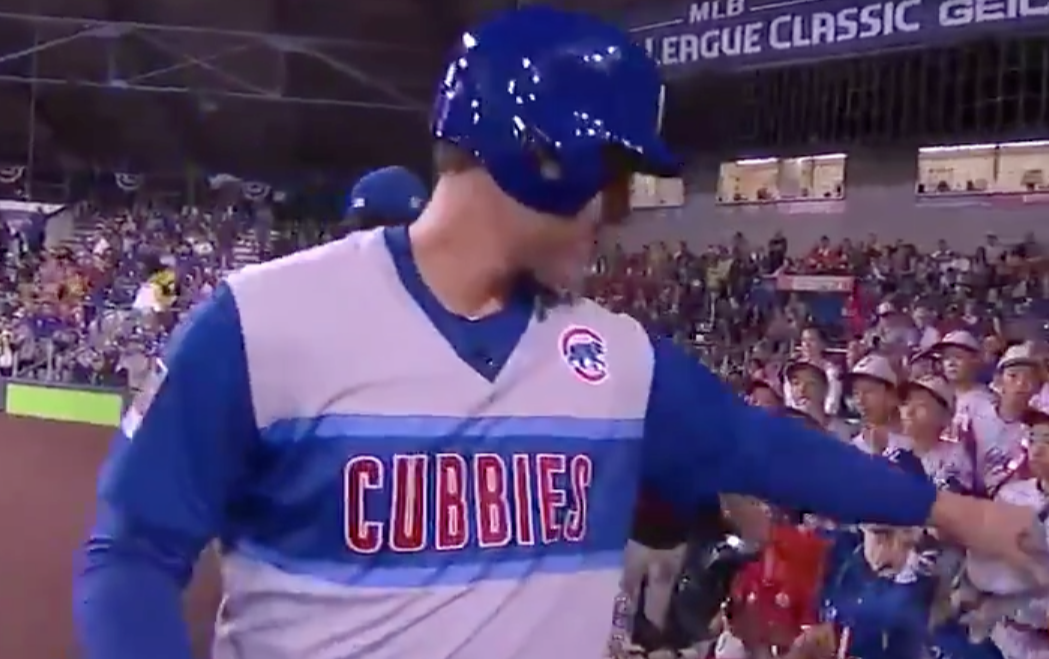 MLB gets criticized a lot and most of it is deserved, but the Little League Classic is something the league has gotten right. There were so many great moments from Sunday in Williamsport before the Cubs and Pirates played, but one of the best was Anthony Rizzo praising a few of the little leaguers while he was mic’d up for ESPN.

Rizzo was amazed by Japan’s shortstop in the Little League World Series, so after hitting a two-run bomb Rizzo wanted to give the Japanese shortstop the home run ball.

With some help from Yu Darvish another great memory was made.