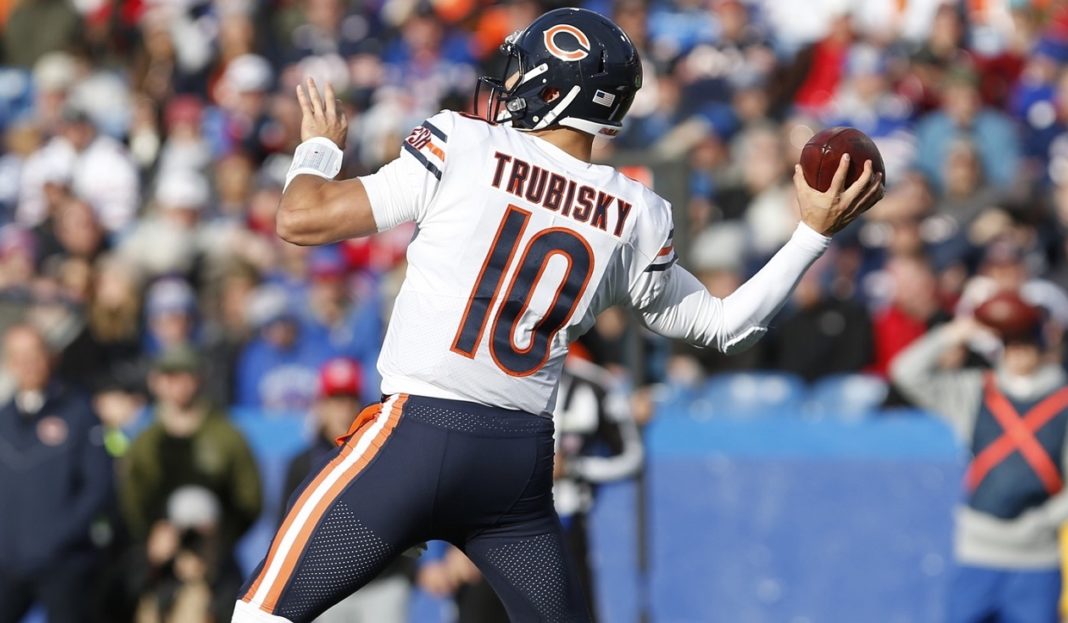 Experts and armchair GMs have done everything in their power to attack Mitch Trubisky since his rookie season. People have searched for reasons why the fervor against him is so strong. The running belief is it’s because he had the audacity to be chosen ahead of Deshaun Watson and Patrick Mahomes. Two guys who had rabid fan bases in college that carried over into the NFL. To see this intruder with only one year of starting experience get picked first? It was an insult to them.

The fact Watson and Mahomes have had outstanding bursts of production over the past two years while Trubisky has only improved steadily doesn’t help. For every outstanding play he’s made in the past two years, there has been one that can make you cringe. Yet rather than chalk it up to a young quarterback learning the speed and complexities of the NFL, many have leaped right to the conclusion that he’s a bust.

This has made it beyond easy to miss something that has already begun to emerge about Trubisky. Something that can make him truly special if the rest of his game continues to blossom. Brett Kollmann of SB Nation discovered it during some intensive tape study. For all his maddening inconsistencies, Trubisky always seems to step up right when the Bears need him most.

This is something that began to appear as far back as his rookie season. There were constant flashes that Trubisky just had this switch. When he flipped it late in games, he’d often produce a money play to give his team a chance to win. People just don’t remember a lot of them because they’re often been ruined but the utter dumpster fire that is the Bears kicking games. Shall we review?

Rather than kill Trubisky for his apparent shortcomings, maybe it’s time to get on his teammates for constantly ruining what should’ve been spectacular clutch moments with their own mind-numbing mistakes. This kid can play, and he can do it under pressure. That is something worth having when a team is thinking Super Bowl.

RUMOR: A Stephon Gilmore Trade To The Bears? Yes This Is Real