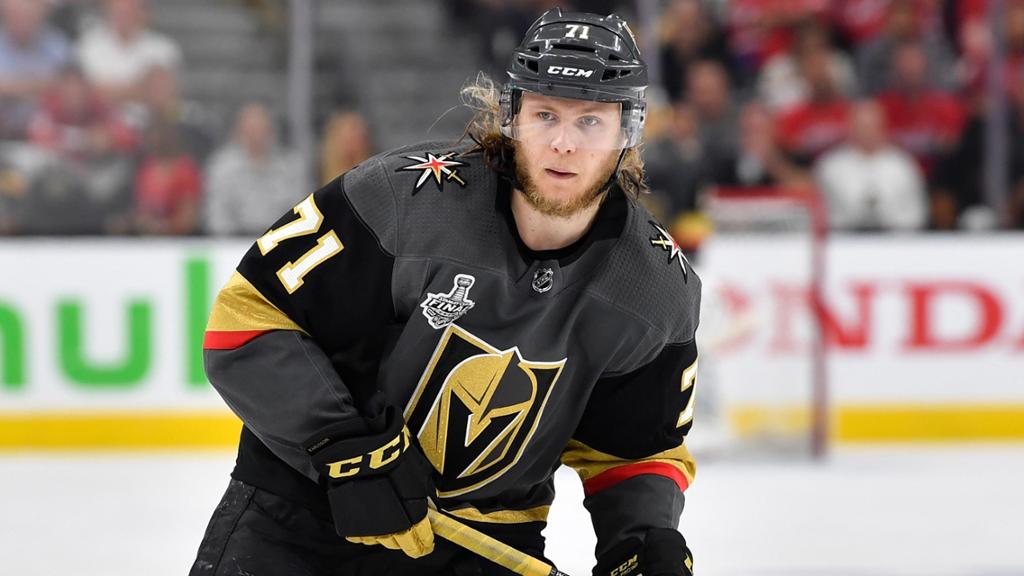 It has been a relatively uneventful off-season for the Golden Knights, but that doesn’t mean George McPhee and Kelly McCrimmon haven’t been hard at work to sign pending unrestricted and restricted free agents. With the salary cap set by the league at $81.5 million for the league, this puts the Knights in salary cap hell already in their third season. Despite the handcuff, the VGK locked in fan favorite William “Wild Bill” Karlsson to an eight-year deal this past weekend.

The biggest question of the off-season was Karlsson’s contract. Karlsson had one more year left on his previous deal, and if nothing had been done by the Knights to ink him long term, Karlsson would almost certainly have been traded this season as opposed to walking away from Vegas without any compensation.

William Karlsson: A Vegas Golden Knight for the next 8 years 🤠 pic.twitter.com/Z1674mQhdr

According to @CapFriendly, they estimate that Vegas will be $1.5 million dollars over the salary cap with the new Karlsson deal. To keep it simple, Vegas has to be under the salary cap before the first day of training camp. This is all under the assumption players like Deryk Engelland, Brandon Pirri, Pierre-Edouard Bellemare, Ryan Carpenter, and a few others in the AHL who are pending unrestricted free-agents do not re-sign with the Golden Knights. George McPhee is going to have to trade a player, and there have already been some rumblings that Colin Miller is being put on the trade block.

Regardless, the most important deal that needed to be made this off-season in inking Wild Bill to a long-term contract is set to be done.

This was a remarkably good deal for the Golden Knights considering the Flyers just signed Kevin Hayes to an eight-year, $7 million AAV deal for a player who hasn’t scored more than 20 goals once in his career. Many were getting nervous what Karlsson would be asking for, considering the Swede has a 40-plus goal campaign under his belt, along with another respectable 20-plus goal season as well. He is an excellent, 200-foot player with great vision and a formidable center.

If Karlsson wanted to test the open market and go make more money, he absolutely could have gotten a deal around what Hayes got, if not more. Karlsson has said numerous times he loves being in Vegas, combine that with the fact Nevada does not have a state-income-tax, which will save him a few million dollars if he went to another team, one would say this is a great deal for both sides. As Jesse Granger of The Athletic put it, Karlsson would need to sign an eight million dollar AAV in Toronto to make the same amount of money that a $5.9 million dollar contract gets him in Vegas after taxes.

It remains to be seen what Vegas is going to do to open up some salary cap space, which is not necessarily a bad thing they are at the top of the cap. Good contending teams are usually around the top and it shows the organization is all in to “win now” while still having a decent farm system. Not too many teams can say that, and who would have said that Vegas would be “all in” not even before their third year of existence begins?

This is great news VGK fans. No. 71 is going to be wearing the VGK logo across his sweater for the next eight seasons.