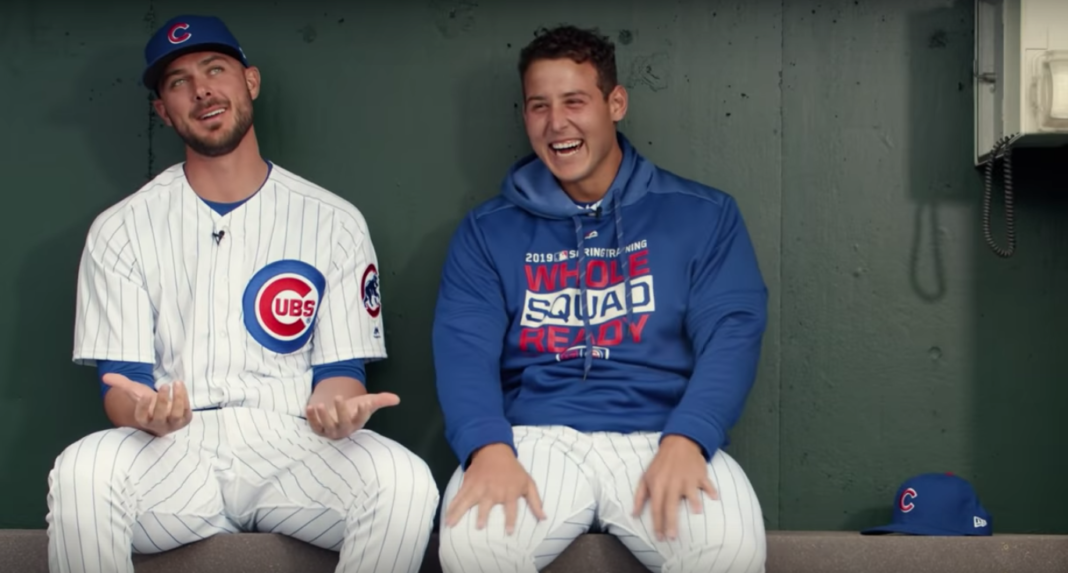 The annual “Anthony Rizzo has back tightness” has arrived as the Cubs first baseman has missed the past couple games. He’s hoping to be back in the next few days, but in the meantime Kris Bryant is filling in at first base and the Cubs won’t stop messing with Rizzo.

Lester was back on the mound Sunday, when Bryant started at first and hit a two-run homer for some very important insurance runs against the Brewers.

On Tuesday, Bryant had his second straight three-hit game filling in for Rizzo at first base. And now Bryant is even getting in on the fun.

It’s a lot more fun around the Cubs right now. It helps when you go 23-7 after starting the year 2-7.