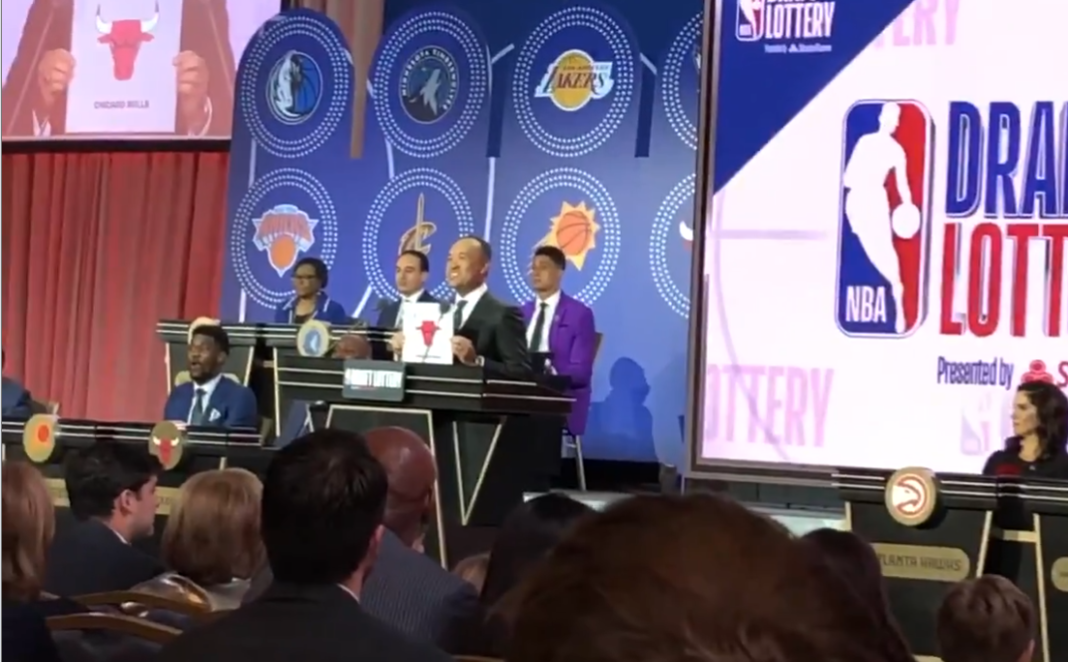 Chicago Bulls fans are in a state of absolute misery these day. Not only has the team been terrible for years now, but they can’t even seem to better their fortunes in the NBA draft lottery either. For the third-straight year they watched their bad luck strike again, gaining just the 7th pick in the draft. This despite having one of the worst records in the league. It’s a pain the Chicago Bears, believer or not, can understand.

That may sound crazy since the NFL doesn’t have a lottery system and never has for their draft. However, there have been a few instances where the Bears had a huge opportunity to change the landscape of their franchise and bad luck or bad decision-making led to them screwing up their draft position. Both times it led to extended periods of misery.

While many might argue that the past few years were easily the darkest in Bears history, that fact is untrue. Though bad, it simply doesn’t compare to the late 1960s to early 1970s. From 1967 to 1974, the Bears had a losing season each year. Things bottomed out in 1969 when they finished 1-13, their worst record in franchise history.

There was a silver lining though. Such a record would give them the #1 overall pick, right? Not exactly. It turned out that another team finished with the same record. The Pittsburgh Steelers. That meant a decision had to be made regarding which would get the top pick, and there was a big prize to whoever did. His name was Terry Bradshaw, a rocket-armed kid from Louisiana Tech.

Commission Pete Rozelle decided the easiest solution was a coin toss. Ed McCaskey was the choice to call the flip at the event. It did not go well.

“McCaskey, you bum!” hollered former Chicago sportswriter Jack Griffin from the back of the room to Bears owner George Halas’ son-in-law.

“You couldn’t even win a coin flip!”

The Steelers ended up taking Bradshaw and would later win four Super Bowls with him. Chicago would have just two winning seasons during that same decade.

This wasn’t the last time it would happen either.

In 1998, just one year shy of the anniversary of that disaster, the Bears again had a chance to land a top young quarterback. This time it was a kid out of Tennessee named Peyton Manning. Things appeared to be going their way by the end of November the previous year. They were 2-11 and angling for the worst record in the league.

Then the schedule got in the way. They faced two other bad teams in Buffalo and St. Louis at the start of December, winning both games. That proved enough for the Indianapolis Colts to circumvent them for the #1 pick. Not only that, but it dropped the Bears all the way to #5. So not only had they missed out on Manning, but they failed to land a young cornerback named Charles Woodson who went #4 to Oakland.

So yeah, Chicago has seen this act before.