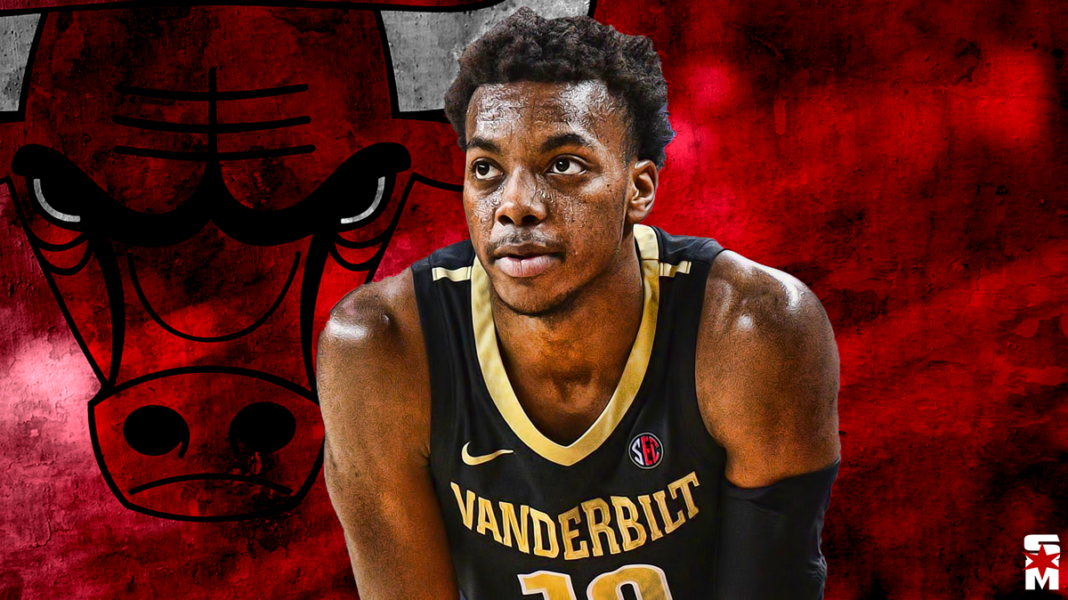 Just as the postseason is heating up for the NBA’s top teams, so are the front offices for the rest of the league. It’s rumor mill season everybody. We are getting everything from Mock Draft 3.6785’s to every possible free agent landings and “Super Team” scenarios. For organization’s like the Bulls, it makes it tough as fans to keep a level, non-meatball head on what can be for this off-season.

A few weeks ago I wrote about my thoughts on if the Bulls drafted Jarrett Culver with the 4th pick in the draft. In case you do not feel like reading the article in its entirety, I’ll sum it up in 3 words- fuck that noise. It is a stretch and is certainly not worthy of being drafted that high. I’d rather have my older brother give me a wedgie and tell me how much I suck at writing blogs than to have him on the Bulls.

Today I will enlighten you folks with a prospect that I believe would be a great fit for the organization. A point guard that would fit right in with the structure of the Bulls as is. A man that goes by the name of Darius Garland from Vanderbilt.

“a super-scorer in Garland who has huge boom potential. Garland may be off the radar in part because he missed most of his only college season, but when he played, he was superb, averaging 16.2 points and 2.6 assists while shooting 47.8 percent from 3-point range in five games. Garland’s playmaking ability and propensity to light up the scoreboard offensively could make him a star in the league with the right development and fit. “- Kyle Boone, CBS Sports

As stated, Garland only played in 5 games in his one and only year of college ball due to a knee injury (torn meniscus). But if you watch that highlight reel, what you see are characteristics that really give you the “wow” factor. Garland displays next level attributes, which would make the transition into the NBA quite seamless.

Now I know Chicago Bulls point guards and knee problems go together like Italian Beef and Giardenarrea (spelled that right on the first try no big deal). But as I stated in my Jarret Culver blog, when you have a top 5 pick in the draft, you go for the guy that can have a big impact on the organization for years to come. Garland fits that profile.

“Handles the ball on a string. Smooth changing speeds in the open court and operating out of pick-and-roll. Has good vision and is a willing passer. Uses both hands to distribute and finish creatively.”- Jonathon Givony, ESPN Draft Analyst

Garland is a player that has been compared to Damian Lillard, who I think is doing kinda good right now. If you are scared about his shortened freshman campaign like a jabroni fan, I will combat that with a Kyrie Irving argument. The talent is there and passes the eyeball test with spades.

“But he played against shit competition”. Yeah, but he made those dudes look like a Zion high school highlight reel, poor Winthrop, those white Accounting Major guards didn’t have a prayer.

He has the NBA pedigree with his father, and we are all suckers for a good bloodline. We see stars like Klay Thompson and Steph Curry, who grew up and are accustomed to the NBA life, and know what it takes to make it in the league. Overall, I believe this is the high ceiling pick the Bulls should take if they end up in the four spot.

As much as I know you fine readers want to keep reading about NBA Mock Draft season and potential candidates, I will do one last prospect analysis soon. So stay tuned, and as always, stay classy my friends.