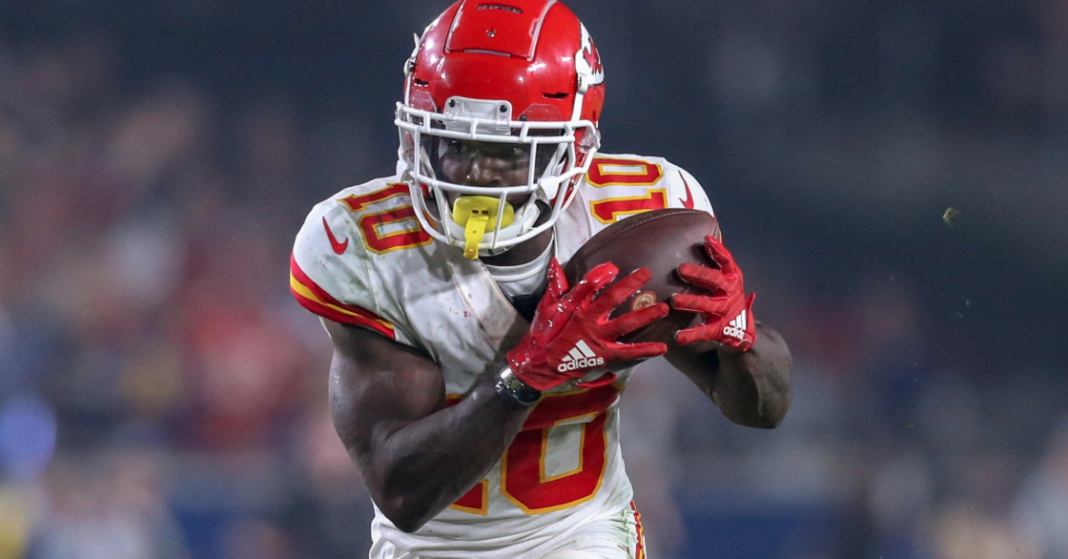 New came out recently that the Kansas City police announced they were unable to file charges against Chiefs wide receiver Tyreek Hill. While they admitted a strong belief that his three-year-old son, who’d been discovered to have a broken arm, was the victim of abuse. They didn’t have enough evidence.

Apparently KCTV5 local news wasn’t ready to accept that. Shortly after the announcement was made public, they released an 11-minute audio clip of a conversation between Hill and his girlfriend, Crystal Espinal. They are discussing both the injury to the boy and how they might deal with the inevitable police investigation to come.

She wanted to know what the boy kept saying “Daddy” hurt him and that he was terrified of Hill. It was at that point the receiver responded with a bone-chilling reply.

Keep in mind that Hill was already arrested and found guilty of strangling his girlfriend years ago before he was drafted by Kansas City. He got off with probation at the time but he was accused of doing other far more heinous things in the assault including punching her in the stomach while she was pregnant.

These are just the latest signs that Hill is a monster and the only reason he’s not already in jail is because of his lofty status as an All-Pro football player. He may have escaped the law, but it’s quite possible this new evidence may end up costing him his job.