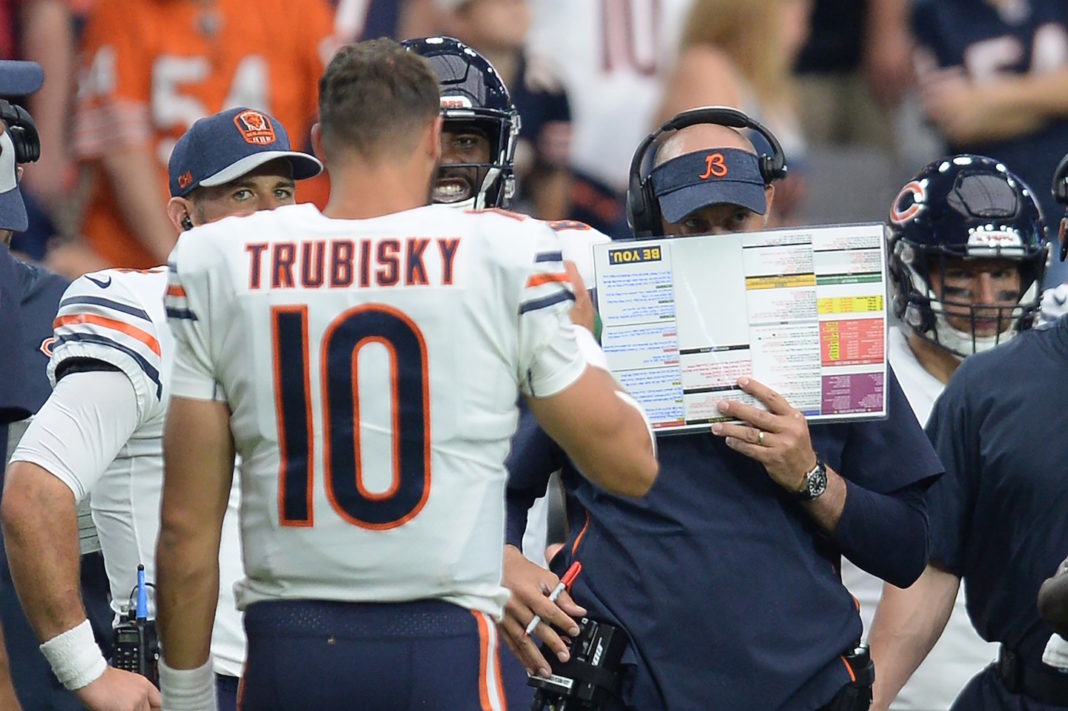 Matt Nagy knows how to think like a quarterback. He should. He used to be one. He had success at it in college at Delaware and again during his time in the Arena Football League. This gives him a unique insight into how that position thinks and most importantly how it can be made to grow and excel.

So what could he have planned for Mitch Trubisky in 2019? He’s already said the goal moving forward is to refine the system further. Trubisky has learned the terminology. Now he has to perfect the fundamentals and learn to eliminate the questionable throws he sometimes had last year.

There is another idea Nagy has in mind though. One that can be a bit risky with a young quarterback, but also one that he thinks can ultimate serve the kid’s development far better in the long run. Dan Durkin of The Athletic made the revelation.

Trubisky progressed so well in those areas that Nagy is going to hand over the reins to Trubisky and let him call the plays at some point.

“There might be some times this year where I say, ‘Hey, just take this series,’” Nagy said. “In OTAs or training camp, ‘Hey, call this series right here. I’m going to let you run the show.’ I couldn’t do that last year, because he didn’t know what to call. This year, he’ll be able to do that.”

Quarterbacks calling their own plays isn’t a thing these days in the NFL. Or rather it’s ultra-rare. Now head coaches or offensive coordinators are expected to call the plays and the quarterbacks are supposed to execute them, with only the freedom to audible depending on what the defense shows.

Believe it or not, there was a point in time where the quarterbacks themselves were the offensive coordinators. They called the plays in the huddle and ran the show entirely on the field. The last one to do this was Peyton Manning during his extended run with the Indianapolis Colts.

Others who had such freedom were Jim Kelly in Buffalo, Terry Bradshaw in Pittsburgh, Ken Stabler in Oakland, Fran Tarkenton in Minnesota, and Johnny Unitas in Baltimore. Know what all of those men have in common?

They all in the Hall of Fame.

Tarkenton himself stated his big problem with the growing trend of coaches calling plays way back in 1978.

“Robots,” he says disdainfully. “They’re told what to do in every situation.

“I came up in the days with Y.A. Tittle, Norm Van Brocklin, Bobby Layne and Johnny Unitas. They were the ones who created mass interest in the NFL by stamping their personalities on the game.

“Hell, now you’ve got quarterbacks who don’t even want to call their own plays. And the coaches just want a 6-foot-4 mechanic in there with a rifle arm.

“The coaches have gotten so timid that they think, “This quarterback can win for me, but he can also beat me quick. I better protect my job and call all the plays.’

Sound familiar? Indeed that is what the NFL has largely become. Quarterbacks acting as extensions of the coach. This is why so many teams are trying to find the next great play caller for their head coach.

Nagy understands that is part of his job, but he also understands Trubisky can’t reach his full potential unless the direction of the offense is placed entirely in his hands. It’s a bold and inspired move by a young coach.