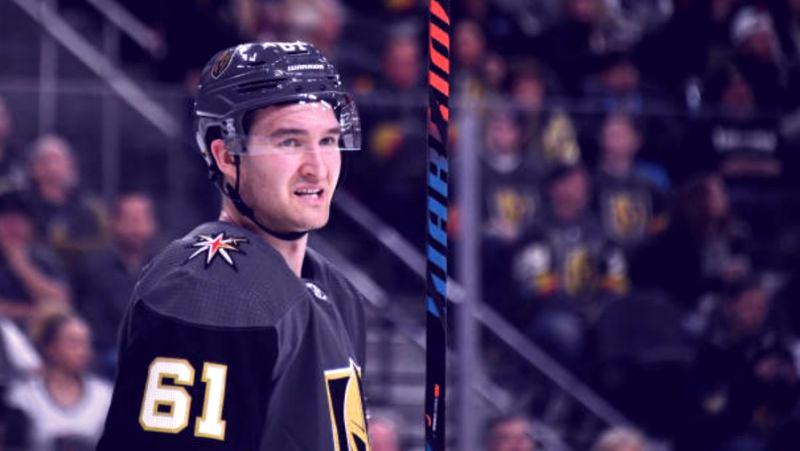 It was an identity the inaugural year team had — a tenacity ththe players brought to the ice every game that they were going to keep coming at you in waves. It was chip-on-the-shoulder mentality that made every game a revenge for the player who was let go by that team. The story goes is the Golden Knights players used the term “Golden Misfits” amongst each other in the locker room last season to describe their team identity. It wasn’t until the second round of the playoffs where William Karlsson said “We are the Golden Misfits.”

The Las Vegas valley loved it. In a sense, they were the misfits of the hockey world, because the hockey elitist still believed hockey wouldn’t work in the dessert. The fans rallied around it, the players loved it, and they went on to make a remarkable run to the Stanley Cup Final.

Since then, the phrase has been a reminder of the magical season they had a year ago and how they accomplished it. They were the best at forechecking, they didn’t give up too many high danger chances (second best in the league), and they were opportunistic – scoring on almost every odd-man rush you could think of and killing every big penalty. The Misfits identity has somewhat gone away this season.

The Knights are not having that magical season, where every player had a career season practically. This was all to be expected. Head coach Gerard Gallant knows last year wasn’t a fluke.

Gallant called out his Misfits, and told the hockey world they need to return. In a press conference following the the Golden Knights 6-3 loss at T-Mobile Arena on Feb. 2nd, a game in which they were down 2-0, came back to tie it, and then lost the lead for good, Gallant flashed the yellow Golden Misfits logo in the sky for his team to remember their identity.

“We’ve got to find the Misfits again.”

The Golden Knights are 5-0 outscoring their opponents 18-7 Since Gerard Gallant made this statement: #VegasBorn⁠ ⁠ pic.twitter.com/N9Wmdwv9JK

It is now Feb. 25th, and GM George McPhee knows his team needs a little fire power. He goes out and acquires the prized possession of the trade deadline, and acquires forward Mark Stone from the Ottawa Senators in exchange for Erik Brannstrom, Oscar Lindburgh and a second round draft pick.

The players got the message they needed. The ownership believed in them. The players knew they had what they needed to make another run at the Stanley Cup Final. Golden Knights writer Gary Lawless stated “Stone is a superstar waiting to happen.” George McPhee said in a radio interview that Stone is “one of the best all around players in this league. Gallant stated “When we made the trade for Stone I think a lot of people said ‘let’s get going, we’re a better team than this.’”

So what has changed since that trade?

Well, the Golden Knights have won five in a row, and they are starting to look like the Misfits again. Their power play is looking more sharp with Stone at the top of the right circle, they are forechecking better than ever before and causing more turnovers, and they are playing defensively sound hockey. This is in large part because of Mark Stone.

Since 2015, no player has had more takeaways than Mark Stone. Max Pacioretty, Stone’s rival when they played for Montreal and Ottawa respectively said, “He has the best stick in the league.” Great defense creates quality offensive chances. In every game Stone has played with Pacioretty and Stastny on the second line, they have had more scoring chances than the line they are playing against. In their first game together as a line, their scoring chances were 10-1, 4-0 in “high danger” areas, only in 15:55 of ice time. Is that good? Yeah, that’s really good.

In their most recent game against the pacific-division leading Calgary Flames, Mark Stone did not register a point, but his presence on the power play and his vision makes his linemates better, which ultimately lead to a goal from Shea Theodore. This game had a playoff feel to it, and a thorn in the Golden Knights spine this season has been the inability to beat the best teams consistently. VGK came out on top 2-1. If you don’t believe this game had a playoff feel to it, look at Fleury. He was ready to drop the gloves!

Goalies Marc-Andre Fleury and David Rittich in a staredown after a big scrum pic.twitter.com/NmZggdr5Zt

The points will come on the scoreboard for stone. In Ottawa, their “system” that they operated under was a more defensive, passive style from coach Guy Boucher. Gallant stated himself, “I don’t judge a player during their first week.” Stone knows he can elevate his game. When that does start to happen and he does find the back of the net, this team becomes a very tough out in the playoffs.

Enjoy it, VGK fans. Vegas no longer has one top line, it has two, and that should intimidate the rest of the league. This team has a chance to make another deep run for the cup this year, and having that misfit mindset is already starting to elevate the player’s games. Don’t believe me? Gallant thinks so too.

Gallant- “I think we're Stanley Cup contenders, but I think any team that makes the playoffs is a contender. There were years where you couldn’t say that." #VegasBorn⁠ ⁠

Overall, these last stretch of games the VGK will rely heavily on the Stone, Pacioretty and Stastny line. So far, through the first few games in the #StoneAge, it looks like they’re up to the task. Interestingly enough, that entire line was not on the team that was three games short of hoisting the Stanley Cup. Maybe they are just was the Golden Knight need.

Mark Stone’s reaction to his first point as a Golden Knight is EVERYTHING 😁🗿#VegasBorn pic.twitter.com/EcLJ4gkgiT