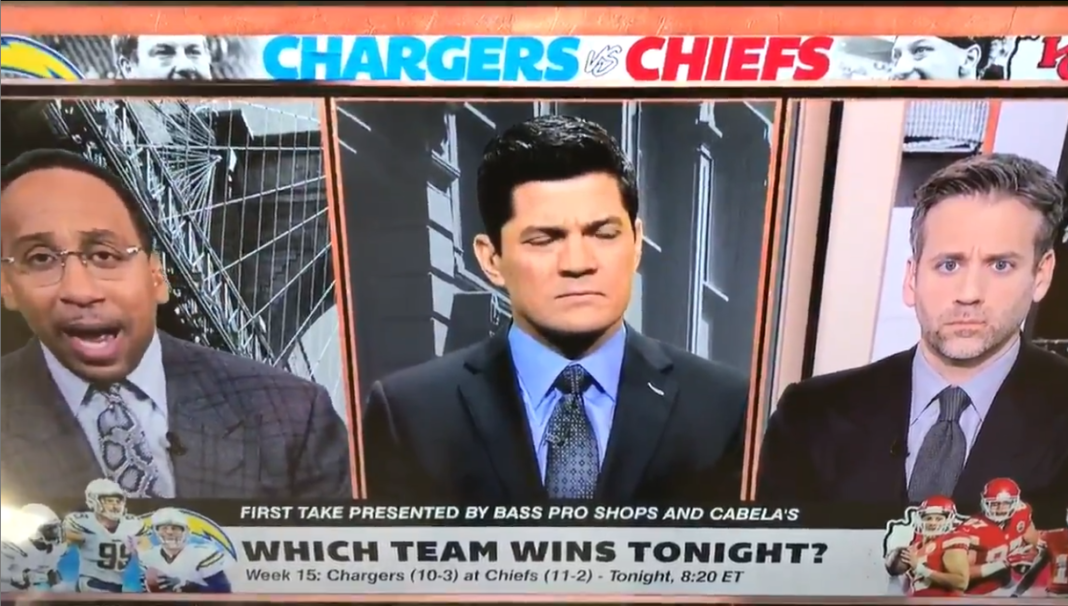 Stephen A. Smith of ESPN First Take isn’t exactly considered top of the heap when it comes to NFL discussions. In fact, many people wonder why this guy is even involved with football at all. The guy was almost exclusively an NBA columnist and analyst during most of his career. It’s likely the higher-ups liked his mouth so much that they simply had him discuss all sports topics.

That can prove dangerous if the guy isn’t totally up to speed or simply doesn’t care enough about certain sports. It can lead to bad mistakes and boy oh boy did Smith deliver a whopper on TV today. He, fellow analyst Max Kellerman, and former linebacker Tedi Bruschi were discussing the anticipated Thursday Night Football matchup between the Kansas City Chiefs and Los Angeles Chargers.

When it was Smith’s turn to talk about who might have the advantage in this game, he delivered not one but two solid gold gems. First came when he called the Los Angeles Chargers the “San Diego Chargers” even though they haven’t played there for almost two years now. Then he followed it up by mentioning tight end Hunter Henry as a key factor in the game.

This despite Henry being out all year with a torn ACL. The gaffe itself is brutal, but the reaction by Bruschi to the comments was priceless.

Look mistakes in this business are inevitable, especially on live television. However, Smith has been doing this stuff for a long time and gets paid a lot of money to do it. One would think he’d have simple facts like which city the team represents and which players are actually playing straight. It just goes to show how much he takes his NFL work seriously. He’s not there to analyze. He’s there to talk. Period.