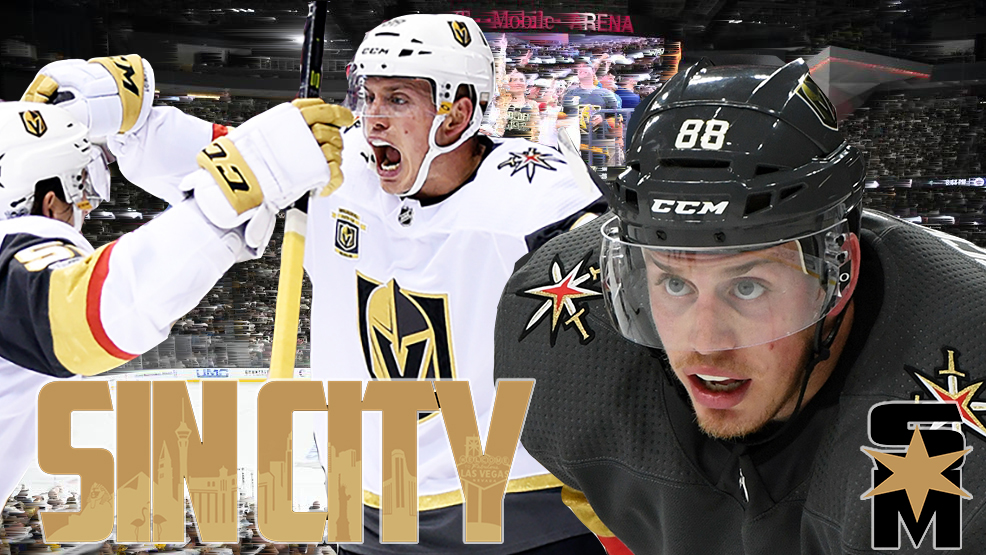 It has been a see-saw season for the Golden Knights. Just when you think they might put together a winning streak after a nice game, they get blown out the following game, thus leaving fans scratching their heads. Last week, the Golden Knights dug deep, and finally put together that winning streak. With the emergence of Nate Schmidt coming back from suspension, to a 7-2 loss in Calgary, to a dramatic overtime win, the Knights experienced it all last week. In the midst of it they put together a 4-1 record, found their mojo with shutout victories against the top teams in the Pacific division.

This last week was filled with emotion and excitement from the beginning, as Nate Schmidt made his season debut after serving a 20-game suspension. His coach Gerard Gallant hwas as ecstatic as anyone to have Schmidt back.

“I was happy to see Nate back,” Gallant said. “We love Nate. He’s the heartbeat of the dressing room in there, and the guys love having him back and having him around. It was really good to see him.”

The Golden Knights blue line has been questionable at times this season, but getting back arguably their best defensemen will surely help them on and off the ice. Their game against the Oilers would be a slugfest the Knights would fall on the right side of. This game was highlighted by a resilient second period where the Knights trailed by a goal and scored five unanswered goals — three of which came in the second period — to beat Edmonton, 6-3. Jonathan Marchessault lit up the score sheet, potting his ninth and tenth goal of the season.

The next night would prove to be not as gracious for the Knights, playing back to back games on as many nights, just down the road in Calgary against the red hot Flames. This was a wake up game for Vegas. They were blown out from the beginning and left Malcomb Subban in difficult positions left and right. The score would be 7-0 until Vegas finally scored a goal of their own. The Knights were flat out embarrassed, by a final of 7-2. Allowing three power play goals, and serving a collective twelve penalty minutes in the box is not a recipe for success. However, sometimes a good wake-up call is needed.

That is exactly what the Knights needed.

“It is hard to believe that this happened tonight” coach Gallant said postgame. “It is pretty disappointing and I hope they’re disappointed because they didn’t show up.”

The Knights would not make that mistake again the next three games.

The Knights traveled to Arizona to play the Coyotes on Wednesday, the day before Thanksgiving. The Coyotes struck first with a goal, but then Tomas Nosek and Max Pacioretty getting a couple of their own, Vegas was up one late in the third period. Arizona would eventually grab the equalizer, and 60 minutes was not enough to decide this game, as the two teams fought hard for a point and head into overtime.

Max Pacioretty — man, this guy is fun to watch when he is in his groove — picked up a loose rebound and fired home a goal five-hole on goaltender Darcy Kuemper. Make that three goals in three games for Pacioretty, as the Knights steal the extra point in Arizona by the final of 3-2.

Back on home ice, the Knights welcome the team that gave them a butt kicking just a few days ago, the Calgary Flames. On this Black Friday afternoon special, the fans welcomed back Nate Schmidt with these amazing signs.

How else were we supposed to welcome Nate Schmidt back to The Fortress?

NATE ON A STICK FOR ALL THE FANS 😄😄😄😄😄😄#NateIsFree pic.twitter.com/ZPUELuhYjU

The Golden Knights had a chance to play a “do-over” game if you will, and take care of business against a Flames team that torched them a few nights ago. VGK stayed out of the box, let Marc-Andre Fleury see shots to get into a groove, and played a sound defensive game first. The second line continues to roll, as Cody Eakin sent a shot from the blue line, and a great tip from Alex Tuch gives Vegas a well-earned 1-0 lead. Now a guy who had been waiting for that first goal finally caught his break, Colin Miller. Miller wired home a slap shot that gave Vegas the insurance goal, but it wasn’ needed.

Marc-Andre Fleury was magnificent in this game, posting a 29-save shutout. Marc-Andre “doughnuts” made the Las Vegas valley happy with a win, with a dozen of Krispy Kreme’s sugary treats waiting for the fans. Vegas won, 2-0.

While Vegas fans enjoyed their doughnuts, Fleury was not done. The very next night, the VGK would face-off against the division leading San Jose Sharks. Now, normally, it is frowned upon to start the same goaltender back-to-back days. However, because the Friday game was a day game, the Saturday being a night game, and being that Marc-Andre Fleury is, well, Marc-Andre Fleury, he got he nod for the game against the Sharks.

The Golden Knights made history Saturday night. On a shot from the blue line that went off of William “Wild Bill” Karlsson, the Knights scored the fastest goal in franchise history, just fourteen seconds into the game. That is all the Golden Knights would need in a flat out dominating performance as the Knights won, 6-0. Free Krispy Kremes again!

This was the team that made it to the Stanley Cup Final last year, and this had a similar feel to it. Who remembers game one of the western conference semi-finals against the Sharks a season ago? (A 7-0 route of the Sharks in T-Mobile Arena, if you needed a reminder). The Sharks tried to change things up a bit, and also started backup goaltender Aaron Dell back-to-back nights.

Could it have been that regular starter Martin Jones has had a miserable time playing against the Golden Knights in his career? Maybe. But nonetheless, Dell would get the nod and looked like a fish swimming upstream the whole game. Pacioretty would continue his hot streak of scoring another two goals, making that six goals in his last five games. Vegas put up four goals in the first period, and they never looked back. They ended the night gutting the Sharks. Oh yeah, Marc-Andre Fleury was spectacular once again. That is a league-leading fifth shutout for Fleury.

The Knights found their way of playing their style of hockey again. They hit the road this week and head to the Windy City, to face a struggling Blackhawks team tonight. One thing is for sure: this was a week the Golden Knights needed, and as this new week begins, they sit in a playoff spot. It may only be November, but it is the first time the Knights have been in a playoff spot all season long. Let’s keep that going! 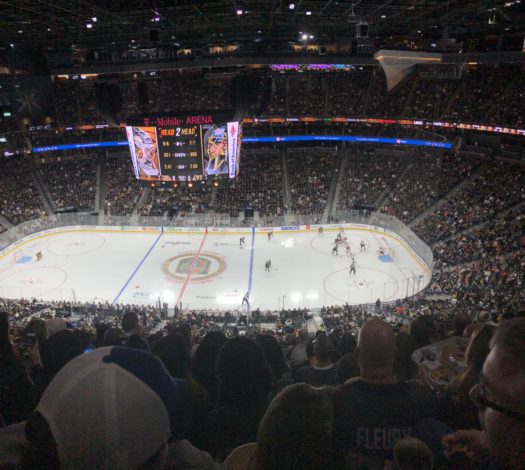