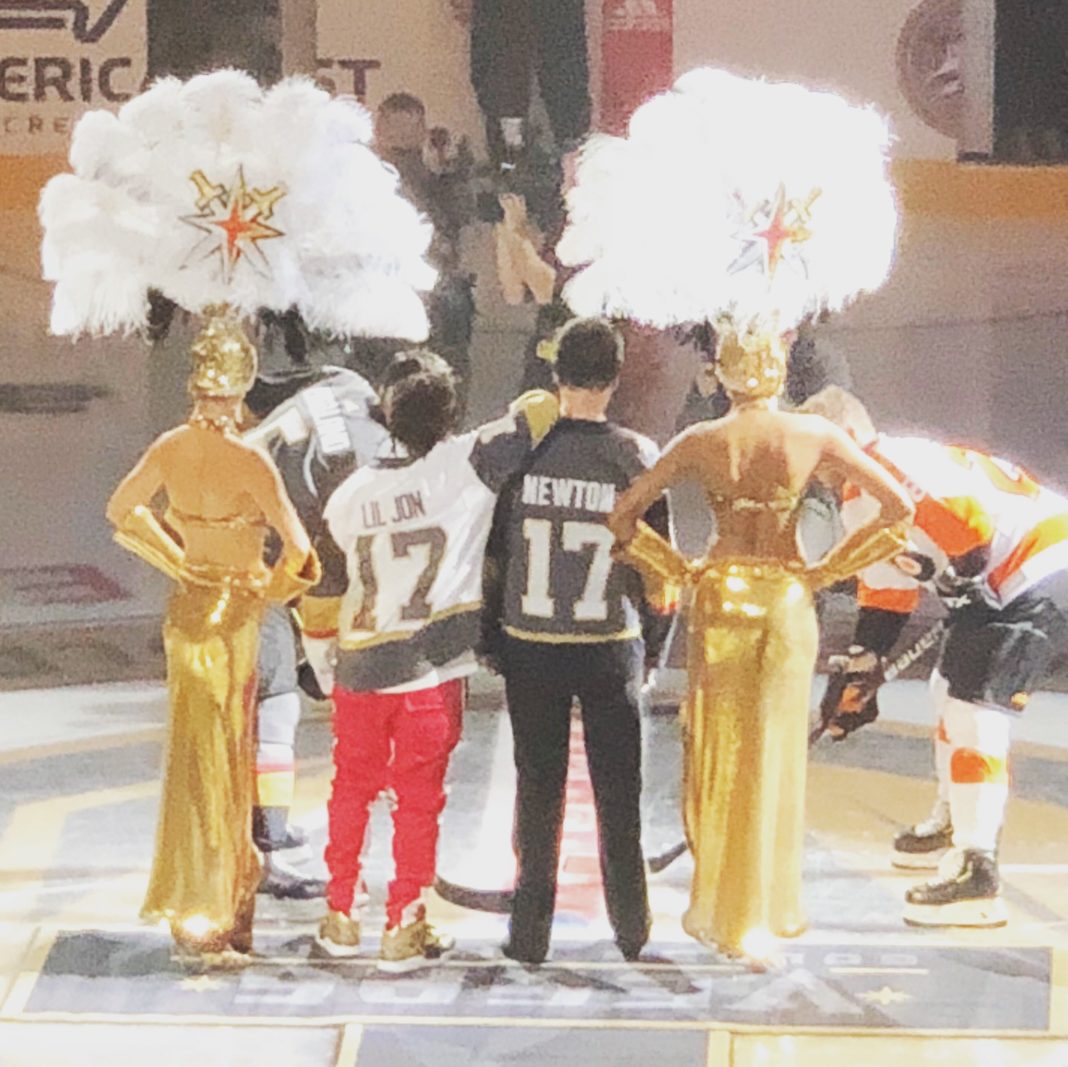 Opening “Knight” for the Vegas Golden Knights was historic, but not in a manner VGK fans would like. The extravaganza did not go as planned. With optimism at full blast and a sold out crowd at T-Mobile, the Knights struggled against the Philadelphia Flyers, losing 5-2, to fall below .500 for the first time in franchise history.

The Golden Knights return to action tonight in Minnesota at 5 p.m. (PST). They’ll be looking to right the ship after full-out panic set in Thursday night after the loss. Fans left early, worries of a fair-weather fan base began to surface and UNLV basketball’s ticketing office secretly did a happy dance in their battle for the hearts, minds and pocketbooks of Las Vegas sports fans.

While the game didn’t start the same way last season ended, the new pregame ceremony and first ten minutes of the game was still pretty much all VGK. The Knights started out fast, caused turnovers, and got plenty of quality scoring chances on Flyers goaltender Brian Elliot. The Golden Knights caught the Flyers on a bad line change after a pummeling hit by Ryan Reaves.

Marc-Andre Fleury found Jon Merrill, who sent a wide open cross up the ice and connects with Jonathan Marchessault. Marchessault did what he does so often, picking his corner, and sniping it. The crowd went crazy, and it is began to look like “one of those nights.”

Except one thing happened, the Knights stopped playing like the Knights fans are so used to seeing.

The VGK started to not break out of their defensive zone as clear, they didn’t cause turnovers in the neutral zone, and they didn’t play with speed. A defensive breakdown, and some bad luck, led to the Flyers first goal halfway into the first period by Oskar Lindblom, a goal that ricochet off a VGK skate into the net. Wayne Simmonds would then cash in on a tip at the end of the period to make it 2-1.

Second period proved to be even worse for the Golden Knights. The Flyers scored early and often, getting 3 goals in the first 8 minutes of the second period to make it 5-1. Fleury was pulled from the game and in came Malcom Subban. Coach Gallant would later say that Fleury was not pulled because of his play.

Turk said he pulled flower because of the team performance in front of him, not his individual performance. #VegasBorn

Wait, this is usually what the Knights do to teams in their home arena? What is going on? There are a couple aspects of the game that stood out to me the most.

For starters, the third line just did not click at all last night, and were a liability on the ice. The line of Lindberg, Carpenter, and Nosek were a collective minus-5 on the night. It became ever more apparent the Knights missed players like Alex Tuch, and Cody Eakin. Tuch and Eakin are considered “week-to-week” according to Gallant.

Secondly, the Knights just had some bad luck in addition to not skating well. They his three posts/crossbars in the game, from Marchessault, McNabb, and Haula. If those go in, we may have a different headline today. With no love coming from the posts, throw in the fact that the Flyers are winning the majority of the puck battles, they are standing up VGK’s rush up the ice at the blue line, and are pressuring VGK’s D-Men’s breakout passes, the Knights did not deserve to win this game.

Obviously, one player, or even two players do not lose you games. It is a team win and team loss. However, there were certain players who stood out more so because they were on the wrong side of the score sheet. The Jon Merrill and Nick Holden pairing struggled last, particularly Merrill. Merrill put his partner Holden in a difficult situation when he pinched down along the boards when he really didn’t need to.

That led to a 2-1 opportunity for the Flyers, which led to a goal off Nick Holden’s skate. Merrill also hindered Fleury’s ability to stop the second goal scored, losing track of one of the Flyers best players in Wayne Simmonds who makes his living camping up in front of the goal crease, jams home a loose puck that was initially stopped by Fleury.

Wayne Simmonds finds the puck on the goal line and slams it home! pic.twitter.com/8buRnWeczs

Penalties played a large role in the loss too. The Golden Knights got into trouble last year in the playoffs when they gave the Sharks, Jets, and Capitals too many power plays. In fact, the Golden knights won only one game last year in the playoffs when they committed more than 4 penalties a game, and that was Game 1 of the Stanley Cup Final. VGK had 5 penalties throughout the game, and when you are trying to get back into the game and gain some momentum, giving a potent power play like the Flyers 4 chances, they’re bound to make you pay.

Lastly, what did the players have to say about this loss? Well, they were frustrated with their performance to say the least.

Gallant: "Philadelphia dominated us. We were in between all night. We gave them too much time and space in the neutral zone. We weren't up and tight like we usually are."

It wasn’t too often we heard Coach Gallant say that a last season. He was clear he did not believe his team played “their” style last night. “We played too soft. We didn’t clear the front of the net.”

Bellemare, who scored a nifty short-handed goal in the third period to make it 5-2, said after the game “It was a good slap to the face” regarding their performance tonight.

Jonathan Marchessault was also asked about his team’s effort, and he didn’t hold back.

“We need to be ready,” he said. “This was definitely not good enough of an effort. Every night there’s a good hockey team, if we’re not ready we’re going to get spanked like we just did.”

It was a spanking, yes. However, it is great to see the team hold themselves to a high standard, even if it was just one game. Max Pacioretty said they know what they did, but they know how to correct it. There is no need to panic about how bad the defense will be without Nate Schmidt, because I expect Jake Bischoff to replace Merrill to make his NHL debut in Minnesota on Saturday, which is where he grew up and played college hockey.

So don’t worry VGK fans. It is a long season, 81 more games, the team will correct what happened Thursday night, and expect them to respond back well against Minnesota. You can watch a recap of the game here.