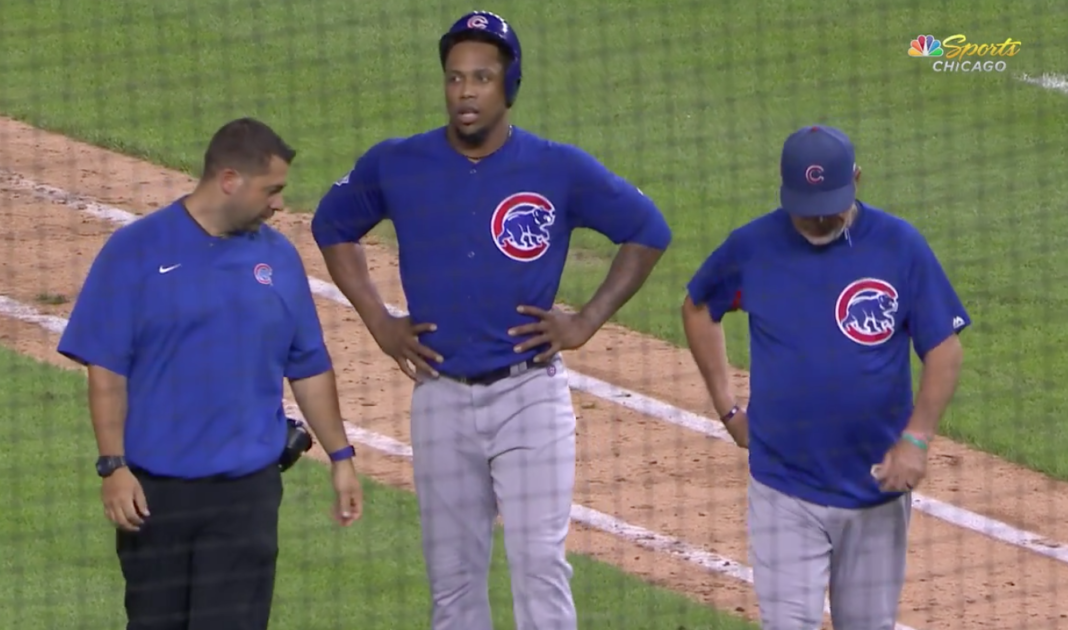 This is on Joe Maddon. I’m a huge Maddon guy, but his moves on Thursday were perplexing and that included leaving Pedro Strop in to hit in the top of the 10th inning with the bases loaded.

The Cubs grabbed the lead after Javier Baez perfectly placed a bunt to the right side of the infield for the RBI-single. Then, Willson Contreras walked to load the bases with only one out.

Strop looked great out of the bullpen, pitching 1.2 innings and Maddon wanted him to come out and finish the game in the bottom of the 10th, so Strop batted. He hit a hard ground ball to third and running down the first base line Strop injured himself.

#Cubs challenge call that Pedro Strop is out at 1B in the 10th; call stands, runner is out.

Maybe a hamstring, not sure right now but if it’s serious that means he’s done for the regular season. And you know what that means? The Cubs bullpen is now completely fucked with Steve Cishek fatigued, Carl Edwards Jr. having zero confidence and Brandon Morrow coming back at maybe 90 percent?

So, with 16 games left in the season and 1.5 game lead in the division, the best relievers out of the bullpen for the Cubs are Justin Wilson, Jesse Chavez and Jorge de la Rosa.

Joe confirms Pedro Strop left hamstring soreness and probably out a while.

Strop will get MRI but expects to miss at least a couple weeks. Maddon doesn't know who will close in his place.

Unfucking believable. Despite the 4-3 win, this was Joe Maddon’s worst games ever and it might have just cost him any chance to win big in the postseason.