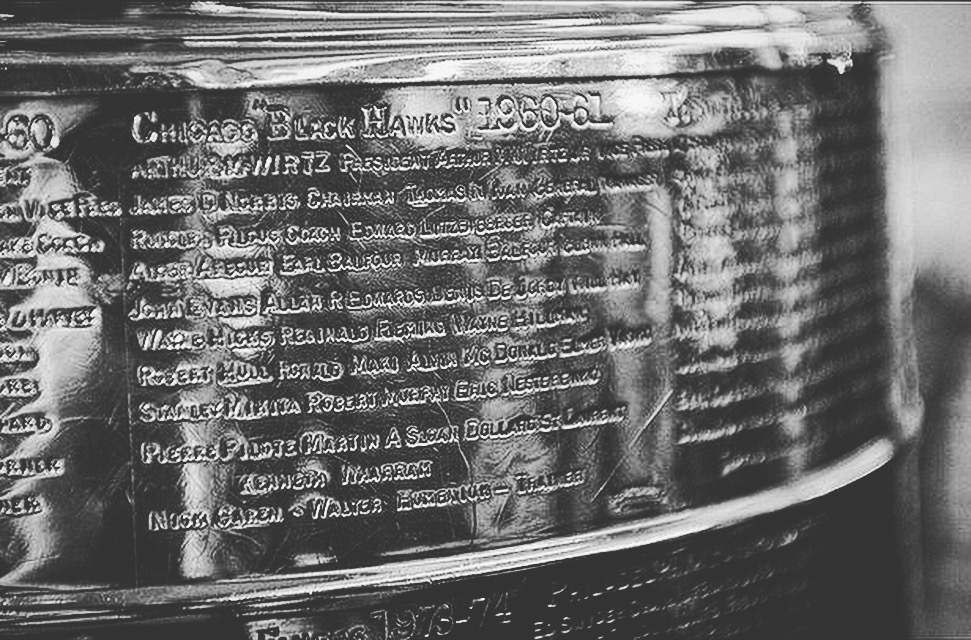 Four Blackhawks Hockey Hall of Famers will be removed from the Stanley Cup this fall along with the rest of the 1960-1961 Blackhawks.

A band is removed every thirteen years as a new band is added. The Stanley Cup winners from 1953-1954 season through the 1964-1965 season will be removed.

It will be placed in the vault of the hall of fame alongside the original Stanley Cup and the 2017-2018 Washington Capitals will be added to a fresh band.

In total, 340 names will be removed including a total of 14 Hockey Hall of Fame Members with a combined 56 Stanley Cup championships. Six Montreal Canadiens, three Toronto Maple Leafs, two Detroit Red Wings and one Chicago Blackhawks teams will be removed.

Among the names of other Hall of Famers being removed are Gordie Howe, Ted Lindsey, Maurice Richard and Jacques Plante.

Many of these men have passed on within the last few years and it is very sad to see them leave The Cup. The legends of the golden era of the “Original 6” will always live on in the hearts of many fans.