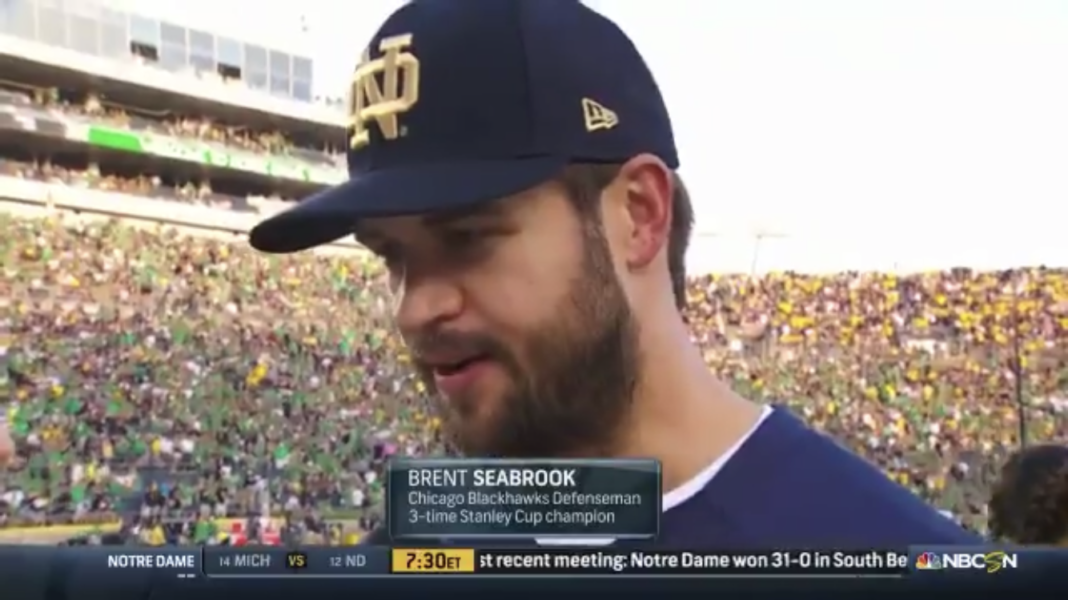 Notre Dame versus Michigan brings out all kinds of stars when they play. This time Brent Seabrook wanted to check out the atmosphere at the site of the 2019 Winter Classic. To enjoy the experience he even brought his son Carter.

Before the game Kathryn Tappen asked Seabrook about the atmosphere playing in the Winter Classic At Notre Dame. “I think it’s going to be a great time coming out here, getting a hockey rink on here and playing some hockey” he responded.

Seabs is undoubtedly no stranger to big games but Notre Dame Stadium holds roughly 4x more people than the United Center. Though I’m sure he’ll have no problem adjusting in his fourth Winter Classic and sixth outdoor game.

Brent Seabrook appeared to be in the best shape of his career again as I mentioned in a previous article. Also in attendance was Connor Murphy but he was not all decked out for the atmosphere like the Seabrooks.

Looks like Carter and his dad had an eventful @NDFootball gameday experience! #BlackhawksBabies [all grown up] pic.twitter.com/jx85Y4Hx7a