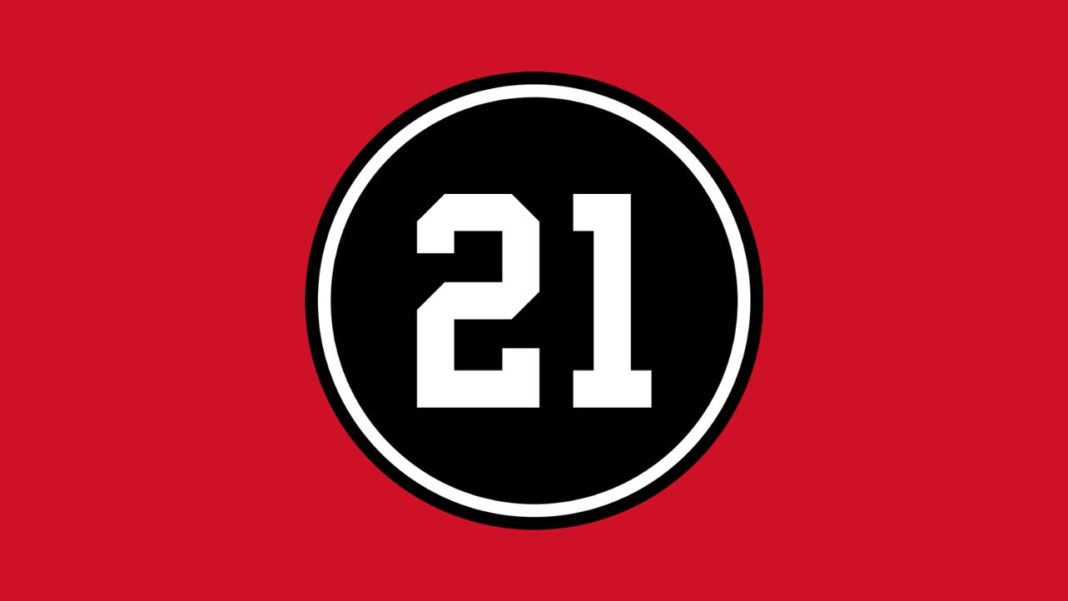 Today the Blackhawks announced that they will be be honoring the life of Stan Mikita on October 7. The ceremony will be during the pregame of their home opener against the Toronto Maple Leafs. Fans are being encouraged to arrive early before the 6pm CST puck drop.

Blackhawks players will be donning patches with Mikita’s number 21 on their jerseys throughout the season. In addition, the United Center ice will have his number painted on the ice behind each of the goals for the entirety of the 2018-2019 campaign.

This will be the first patch commemorating a fallen member of the organization since the 2007-2008 season when the team wore “WWW” for longtime owner William Wadsworth Wirtz.

Last I checked there are still tickets available for the October 7 tilt versus Toronto but I have a feeling those will be going fast.

#Blackhawks to honor Stan Mikita with a pregame ceremony on October 7. Players will wear patches honoring the legend all season and the United Center ice will have his number 21 painted behind the goals throughout the 2018-2019 season. pic.twitter.com/lOLv5ao3Sd