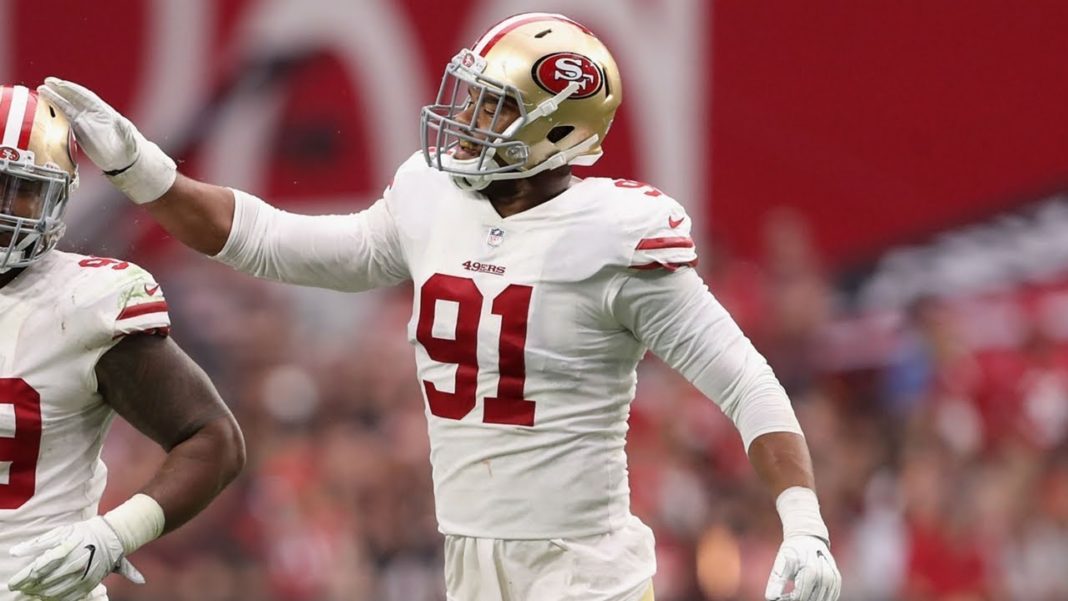 Not every high NFL draft choice is going to find success with their original teams. That’s just how pro football works. However, there are plenty of cases where one leaves for a new team and ends up turning his career around. The Chicago Bears have been on both ends of that reality more than once in their long history.

They secured Doug Atkins after two forgettable years in Cleveland and turned him into an eight-time Pro Bowler and Hall of Fame defensive end. Tim Jenning flopped as a second rounder in Indianapolis. He came to Chicago, reinvented himself and went to two Pro Bowls.

On the flip side, Cedric Benson crashed and burned in three seasons with the Bears. He then went to Cincinnati where he became a three-time 1,000-yard rusher. Chuck Howley failed to stay healthy in two years in Chicago. The Cowboys took a flier on him and he ended up going to six Pro Bowls and winning a Super Bowl MVP.

This proves that just because a former high pick failed somewhere else doesn’t mean he can’t still have success. To that end, here are some notable draft choices who might be in trouble with their current teams that might warrent careful observation by the Bears.

The embattled right tackle was really good a couple years ago but for whatever reason is going through a prolonged slump. Adam Gase still thinks he has something to offer if the team is just a little more patient but it’s clear the regression hasn’t helped his case.

The fact that Miami has so few options to replace him makes it likely he stays by default but the Bears have good reason to look at him if he’s cut loose. He’s big and athletic while also connected to offensive line coach Harry Hiestand from their time at Tennessee together.

One has to feel for Arik Armstead. He came in with lots of promise out of Oregon, then he was subjected to one problem after another in San Francisco. He endured three different head coaches in his first three seasons, which included a defensive scheme change. If that weren’t bad enough, he’s also had persistent health issues the past two years.

If anybody ever needed a change of scenery, it’s him. He’s still only 24-years old and the picture of an ideal 3-4 defensive end. Maybe Vic Fangio can get him back on track.

Another former first round tackle who lost his early mojo. Cedric Ogbuehi looked like the heir apparent to Andrew Whitworth last but didn’t live up to expectations. Now he’s in a battle even play the right tackle position.

Given the depth Cincinnati has built up, they may decide to just cut their losses. Ogbuehi is still a gifted talent with size and athleticism. Hiestand is one of the best line coaches in the business. He’s done more with less.

Several offensive line prospects coming out in 2015 were asked who the best pass rusher in college football was. To the surprise of scouts, many of them answered Hau’oli Kikaha. The former Washington alum was reported to have a ceaseless motor with a predator mentality. Unfortunately, his strong rookie season (four sacks, four forced fumbles) was followed by missing all of 2016 with an injury.

Then he missed another four games in 2017 with health problems. With Marcus Davenport being drafted, his status on the roster in New Orleans is questionable. He was the subject of trade rumors last year. The health issues are a risk, but it’s clear he hasn’t forgotten how to rush the passer.

Pass Rush of the Day: Hau'oli Kikaha has a Speed Path where he gets to the OT Hip, uses a Stab (Long Arm) & runs the hoop for a sack #DLIsBringingTheEnergy pic.twitter.com/bp6wf6Vutt

The Buffalo Bills are going through a massive roster purge. Already several notable veterans were shipped out and there is a growing belief former first round pick Shaq Lawson could be next. This isn’t a surprise. Lawson was drafted to play in a 3-4 defense and now he’s asked to play in a 4-3.

On top of that, he’s reportedly not on the best terms with the new coaching staff. It’s been a rather disappointing start to his career. Lawson still has room to grow though. Clearly, he needs to get out of Buffalo and start fresh elsewhere. The Bears, with their thin pass rush situation might offer a perfect opportunity.

Typically Ryan Pace has avoided players with personality concerns, so somebody like Eli Apple might turn him off. The former Giants first round corner went through a lot of maturity issues in 2017 to a point where Odell Beckham Jr., who himself has some emotional baggage, actually had to talk him down.

Despite all of that, Apple is still a gifted cornerback. Size, speed, athleticism. It’s all there. Fangio has turned around former first round defensive backs before. Apple wouldn’t be the first reclamation project. Just look at Kyle Fuller for a reminder. Are the Giants ready to give up and would Pace take a risk on his personality concerns?