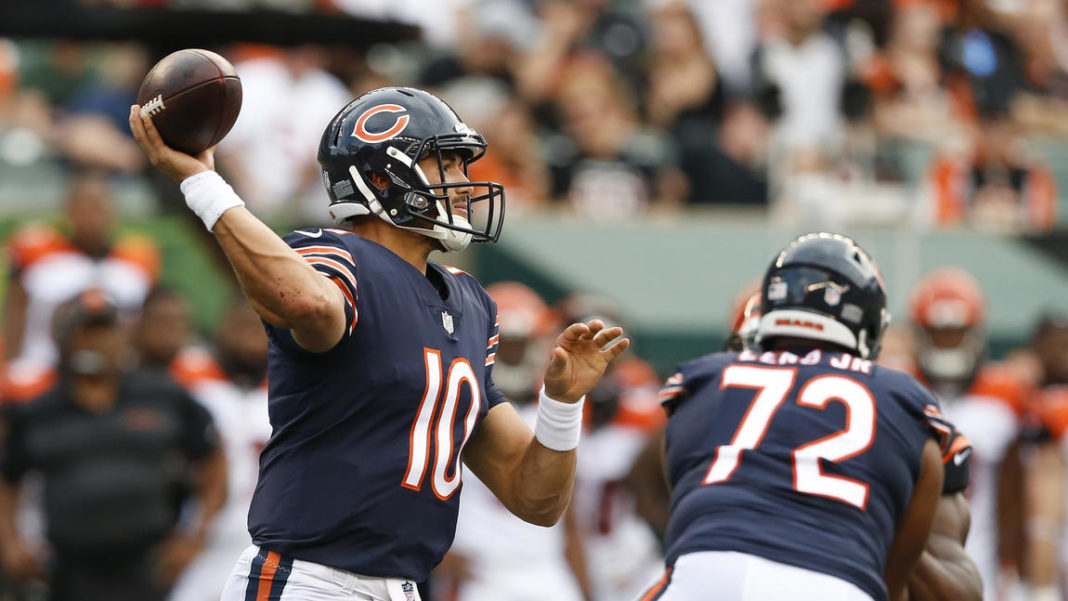 CINCINNATI — The Chicago Bears kicked off the “preseason” last Thursday night in Canton, OH, losing the Hall of Fame Game to the Baltimore Ravens by a score of 17-16. The starters didn’t play a snap, of course, but it was great to have some sort of football back on television.

This week, the ‘real’ NFL preseason kicks off for all 32 teams.

The Bears traveled to Cincinnati to take on the Bengals in Week 1 of the preseason at Paul Brown Stadium. This is, of course, where Chicago tallied last season’s most dominant win, steamrolling the Bengals, 33-7.

Tonight’s game didn’t count in the real standings, but we certainly learned a few things about the Bears as we marked another day and game off the calendar, counting down to the regular season. Here are my thoughts and observations from tonight’s game:

1. This is all I hoped for from today (all preseason games, really):

I don't care about the Bears looking bad in the starters vs. starters or the second-string vs. second-string portions in tonight's Bears-Bengals game. Just please, no heartbreaking injuries that will make me do this: pic.twitter.com/rJa7mGGDiI

2. I liked the call to throw deep on the first play, targeting Kevin White. Get him some confidence going early, especially because he’s missed so much time throughout his career thus far.

3. Of course, he had a bad drop on the Bears’ first third down that would have gone for a first down. Chicago got a first down on a roughing penalty anyway, but still, not a good look on what was a well-timed and accurate throw from Mitch Trubisky.

4. Sloppy play by the defense on their first series. John Timu looked slow (shocking). Missed tackles hurt the team. Penalties didn’t help the Bears’ cause. And they ended up giving up a touchdown to Joe Mixon.

5. First-team offense looked sloppy overall. The offensive line did not play well; not a lot of time for Trubisky (and he got hit a lot), and the running lanes were few and far between. Drops, missed plays, etc. Typical for a first preseason game, but still, I was hoping we would have seen at least one first down. An uninspiring start, but not at all a reason for concern as yet.

6. Pick-six for Kyle Fuller! Great job by Leonard Floyd of getting pressure, and great job picking off the pass by Fuller. Good to see him earning that money. 😉

8. Love Matt Nagy going for it on 4th-and-inches near the goal line. I know it’s preseason, and I know it seemed obvious, but much of John Fox’s decision-making went against what was obvious. So, this was nice to see. Bears’ second-team offense scored a touchdown shortly thereafter to tie the score at 14.

9. I like Cody Parkey, even though he missed the field goal at the end of regulation to tie the score. In fact, I might like him even more for that. Who wants overtime in a meaningless game?

10. Ryan Nall looked much better today. I figure he has the edge at this point over Taquan Mizzell. But is that enough for a roster spot? We’ll see. Three more games to go.

11. Leonard Floyd looked decent, even though he didn’t end up with any sacks. Overall pass rush still leaves a lot to be desired. No, the team didn’t have Isaiah Irving lining up today. But … since when is that really critical?

13. Tyler Bray had himself a good game. If Chase Daniel didn’t have his backup pedigree and “experience” in Matt Nagy’s offense, I feel like Bray would be the easy choice for backup QB. Who knows, he might still play his way there, yet. Doubtful, but I think he’s proven so far that he’s better than Daniel.

14. I’ll have more to say about this game at a later time, but overall, while I didn’t quite see enough of what I’d have liked to today, I’m not worried, either. If the first-team offense doesn’t have one or two good series in next week’s game, then I’ll be slightly concerned. Until then, just stay healthy.