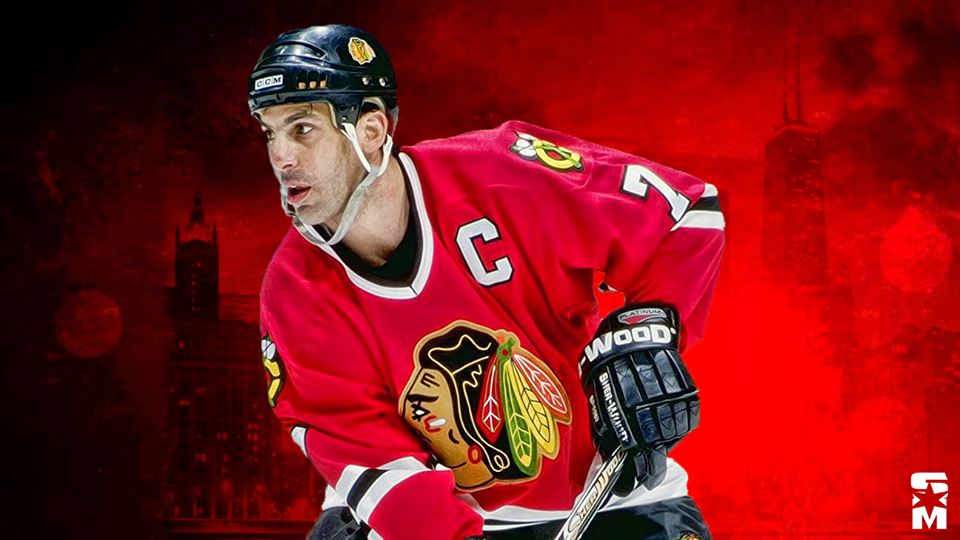 Finally! Chris Chelios has come back to Chicago! With that, it’s time for Blackhawks fans who are butthurt about him accepting a trade to Detroit 19 years ago, to get over it.

Born in Chicago in 1962, Cheli embodied everything that Chicagoans love. He wasn’t given anything and worked hard to make it all the way to the Hockey Hall of Fame.

All that and most people can only think about how he accepted a trade to the Detroit Red Wings.

I take this as how some people just don’t know what it’s like to be a competitor in a losing situation. To see cornerstones of the franchise like Jeremy Roenick and Ed Belfour be shipped off for nothing only to leave the team with nothing. He was 37 years old and still had the fire to win while the Blackhawks organization obviously did not.

They also didn’t want older players around as they instated a no children in the locker room rule. A rule he believed to be directed at him and his kids.

It doesn’t matter that he said he would never play for the Detroit Red Wings. Rational and objective people can change their minds and evolve based on circumstances.

At 37 years old he couldn’t lead the Blackhawks to the Stanley Cup but he knew he could help another team get there while being in a better environment for him and his family. So what if it that environment was the Red Wings?

Chelios has even been quoted as saying, “I left on good terms with the Wirtz family. They treated me great.’’

If the Blackhawks organization was good with it, fans should be too. So before you go blindly worshiping the jersey of your favorite team, it’s important to get all the facts straight.

I know. He brought the Stanley Cup to Wrigley Field and The Cell in 2008. Some fans took this wrong way and read into the view and not into his words.

“I know I bring it (Stanley) with the wrong team, but at least I brought it home.”

“You don’t want to hurt anybody’s feelings. I’ve found a new home with Detroit, but Chicago is always going to be home and my parents are here,” he said. “I intend on coming back here someday and living the rest of my days whether it’s as a player or just somehow maybe involved with the Blackhawks.”

It wasn’t supposed to be spiteful. Chelios wanted to show that he didn’t forget where he was from. It’s no different than Patrick Kane bringing the Stanley Cup to Buffalo. They’re just showing their hometown something they may have never seen before.

Looking back, he may have actually been looking for the welcome back from Chicago which he certainly did not receive from fans.

I’m actually surprised he came back after the way he has been treated. How can he or anyone forget the United Center crowd booing him and his family on his Heritage Night in 2010? He did put that behind him and that takes a big man.

We can learn from this, do the same and finally welcome him back.

It was a pleasure to have experienced Chris Chelios in his prime with Chicago and an honor to have him back as a Blackhawks ambassador. The Hockey Hall of Famer’s career spanned into four decades with three Stanley Cups, three Norris trophies, eleven all-star games and a spot on the list of 100 Greatest NHL players.

I’m happy to welcome the legend Cheli home and I hope you can find it in your heart to do the same.

This is not shocking but still very awesome. https://t.co/itbjcDaH5L