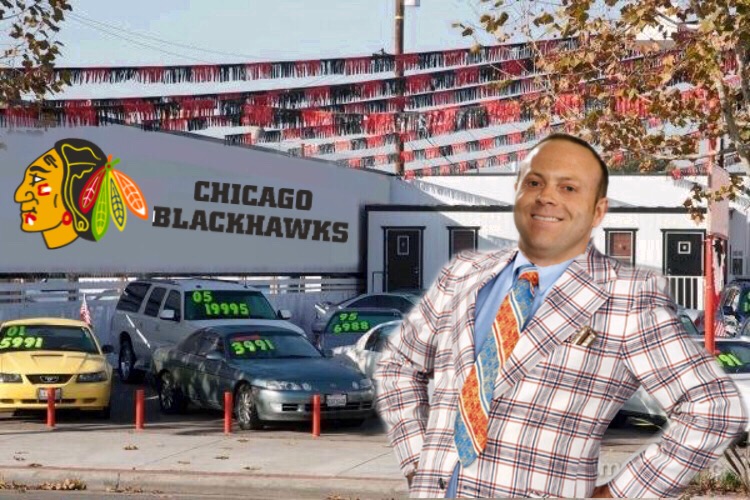 It’s the early 2010s and the Blackhawks are the hottest ticket in Chicago. Season ticket holders are printing money on the resale market and you can’t get a 300 level seat for less than $100. Well, the times have changed and nobody is buying Blackhawks tickets for anything anymore.

I started realizing this fact in early February of last season. As a 9-game plan holder I was literally giving away my tickets the last half of the season.

Gone were the friends and family asking to buy my tickets. Craigslist, OfferUp and Facebook Marketplace warranted offers of $10 each for my $75 tickets.

As a result I would just give them away to my friends and family. It was never about making money but getting back what I paid for games I couldn’t attend.

It came time for renewal and I just didn’t see the point anymore. I was giving away money to the organization. My ticket rep contacted me about 5 times through different mediums but I couldn’t do it. It wasn’t just me either. The response from holders was so bad that they’re actually available to the public again.

I felt bad for the reps as they’re all good people just trying to do their job. It’s not their fault Stan Bowman and company are going to put out a mediocre product this season.

The plan got me into games I wanted to go to with no hassle but now I can get tickets for a fraction of face value. I’ll hold out and buy them game by game from the season ticket holders puking them out.

This will happen as it should be mentioned that season tickets went up another 4% this season.

Even later in the season I noticed the Blackhawks running a promotion for student tickets starting at $25. This was a bad sign as it brought me back to the early 2000s in college when we could go for about $10.

A time when about 2,000 fans would attend games.

I don’t know if or when that will happen again but it’s a bad sign. Ticket deals are for teams that are struggling to sell tickets.

There started to be more indications that Blackhawks fans just aren’t interested anymore. Another example is the once hot Blackhawks Convention tickets that were not selling out like they did in years past.

It’s so bad that I’ve seen about 10 contests from Blackhawks sponsors giving them away recently, way more than normal. I’m not talking about two tickets either. In one instance I saw WGN radio gave away 4-packs to 10 winners. This is unheard of.

The organization is also announcing attendees like it’s a big deal. Acting like everyone didn’t know who was going to show up. The same guys who have for the past 10 years. Minus the ones smart enough to tell their buddies to get married this weekend. Can’t argue that.

Both of these signs and then I found the last bit that really indicated their struggles. They’re even having a hard time selling Winter Classic tickets in pre-sale.

All last week I had a code and tickets were certainly not dwindling as the days went on. Then I received another pre-sale opportunity for the next two weeks!

I know the Blackhawks are terrible in outdoor games but this is Notre Dame Stadium against the Boston Bruins. Two “Original 6” teams in one of the most iconic stadiums in America.

If you’ve ever been to a game there you know how big of a deal it is. Opposing team’s fans come in awe and pack the bookstore to buy merchandise. Had this been 3-8 years ago this would have been a big ticket.

Unless you live in a bubble you know hockey fans outside of Chicago grew tired of the Blackhawks long ago. Now it seems Chicago is tired of them as well.

I’ll admit I’m not excited about the team going into next season but I still like seeing my favorite team. I’ll be at the convention, games and maybe I can get some people to go to South Bend with me. I just hope I’ll still be getting deals on the tickets.

Stan Bowman and the Blackhawks need to put out a better product than we had last season. Unfortunately they haven’t done it yet this offseason and their ticket sales reflect it.

I also had a presale all last week. Tickets are not moving for the #Blackhawks in any realm. Convention, at the United Center or the Winter Classic. pic.twitter.com/Q877yNUHnA