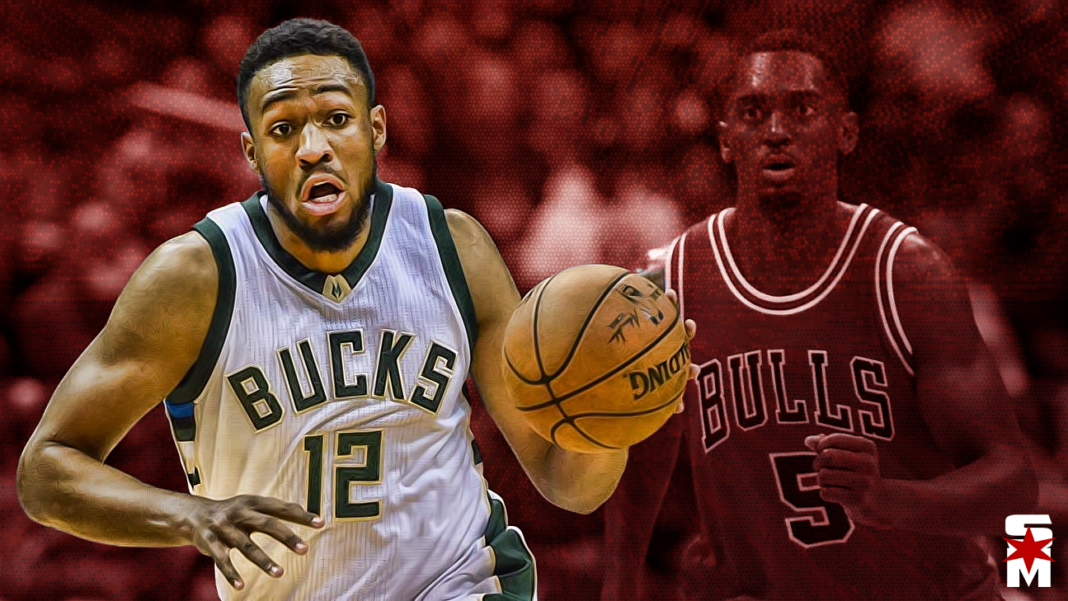 Jabari Parker is coming back home to Chicago. The Chicago Bulls recently signed Parker to a two year, $40 million deal. The deal becomes official after the Bulls waived Paul Zipser and Julyan Stone. The front office also had to rescind their qualifying offer for David Nwaba, to free up some more cap space to sign Parker.

The major win for the Bulls in the Parker deal is the team option in the second year.

The second-year of Parker deal is a team option, which lowers risk for Bulls because of Parker's two ACL surgeries and gives Bartelstein and Parker a chance to negotiate a long-term deal with Bulls should he stay healthy and productive next season.

The team option would probably not be possible if the Milwaukee Bucks did not rescind their qualifying offer from Parker, making him an unrestricted free agent. With Parker in the fold now, does that make the Bulls playoff contenders this year?

The top tier of the Eastern Conference belongs to the Boston Celtics and Philadelphia 76ers. There’s one thing that the Celtics and the Sixers have in common over the Bulls, they both have at least two proven stars on their team. Boston has Kyrie Irving and Gordon Hayward, while Philadelphia has Joel Embiid and Ben Simmons. The Bulls, on the other hand, don’t aren’t quite there yet; therefore, they are not in the discussion for the top tier.

The Middle Of The Pack

The middle tier has at least one proven star with a rising or inconsistent second star on their respective team. These teams would be the Milwaukee Bucks (The Greek Freak and Kris Middleton), Toronto Raptors (DeMar DeRozan and Kyle Lowry), Washington Wizards (John Wall and Bradley Beal) and the Indiana Pacers (Victor Oladipo and Myles Turner). The Bulls are still trying to see who will be their proven star. The Bulls are arguably built with a lot of rising stars or maybe a bunch of inconsistent stars on their team because no one has yet shown that they’re the face or star of the team.

The Battle For The Final Seeds

There should be two seeds available for a bunch of teams to battle it out. These teams have either have a star who is trying to re-establish himself or a team with no star but plays great team ball. The Detroit Pistons (Blake Griffin), the Cleveland Cavaliers (Kevin Love), the New York Knicks (Kristaps Porziņģis) and Charlotte Hornets (Kemba Walker) fit into teams with a proven star trying to re-establish themselves. The Miami Heat are that team with no star but play great team ball. The Bulls can fit into this category. This upcoming season, the Bulls can have a star (Zach LaVine, Lauri Markkanen, or Parker) emerge and re-establish himself or the Bulls could just fit and run Fred Hoiberg’s system right and play great team ball.