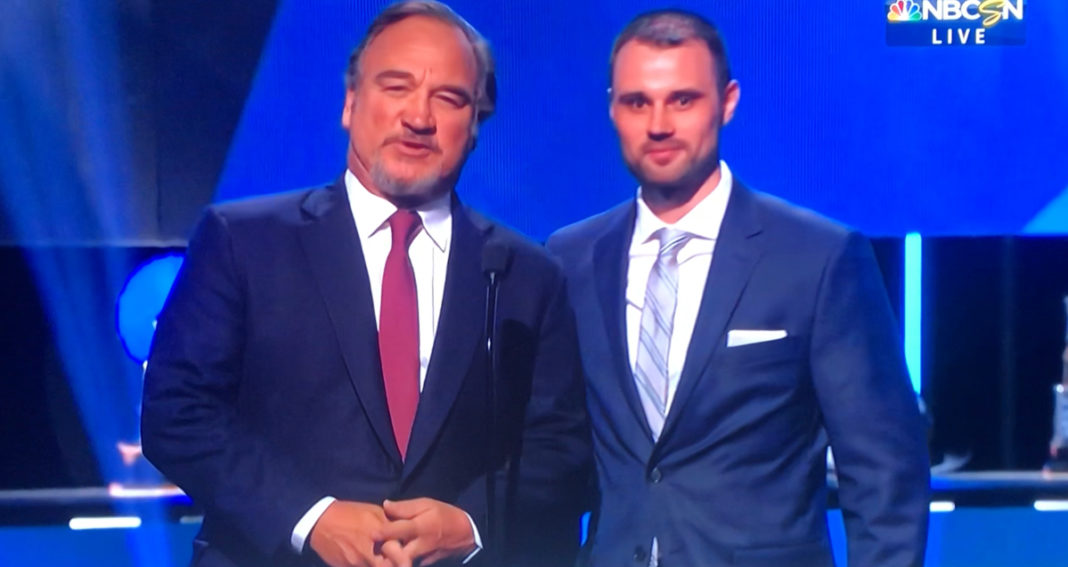 Scott Foster lived a childhood dream while receiving the opportunity to play for the Chicago Blackhawks last season. The accountant turned emergency goaltender again received the opportunity to extend his 15 minutes of fame on Wednesday evening.

Foster was introduced by Jim Belushi as some highlights were shown. Belushi made a few empty net jokes about Foster being an accountant and the emergency goalie played along quite well. It’s just too bad Foster had to share what might be his last real moment in the spotlight with Belushi who loves piggybacking on the success of others.

What you won’t see in the video is Foster presenting the Vezina trophy to the league’s most outstanding goaltender. I decided to leave that out because it was uninteresting and went to that Predators goalie that can’t win the big ones.