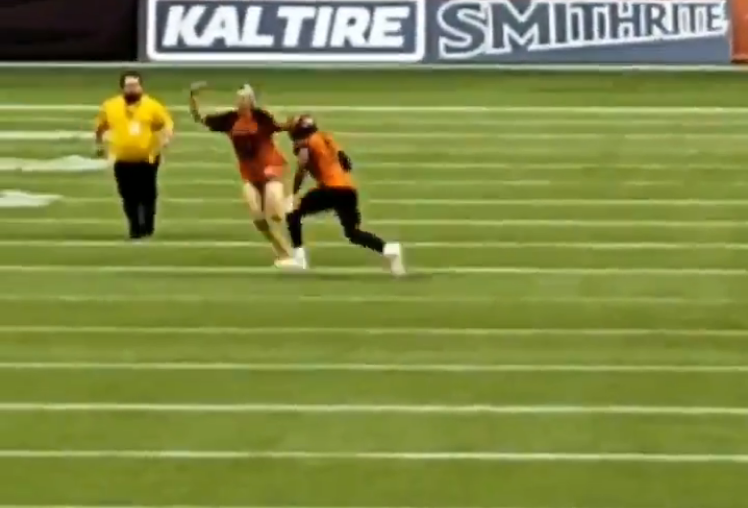 People like to think the NFL has a monopoly on fans who get drunk and do really stupid things. Chief among them jumping and running onto the field eluding security. In their inebriated states, they think they’re being funny when in reality they’re just pissing thousands of people off. None more so than the players on the field. As it turns out, the CFL has their share of these types as well.

They also have similar methods to deal with them. During a BC Lions game against the Montreal Alouettes, one fan decided to storm the field for a run. It looked like he didn’t have much to worry about. For a time there was no security in sight. People wondered how long this would go on.

One Lions defender appeared to feel it’d been long enough because he took justice into his own hands. The drunk gentleman soon found out that he might not be cut out for running on a football field with those guys.

The CFL may be a wide open offensive game but make no mistake. There’s still hitting in that league. Not even dumb fans are immune from it. It’s clear that hit had an effect on the player’s teammates. The Lions actually went on to win 22-10, spearheaded by a strong defensive effort. So many they should thank the man for the extra motivation.

Just as soon as he regains consciousness of course. Waiting until he sobers up might also be a smart course of action.