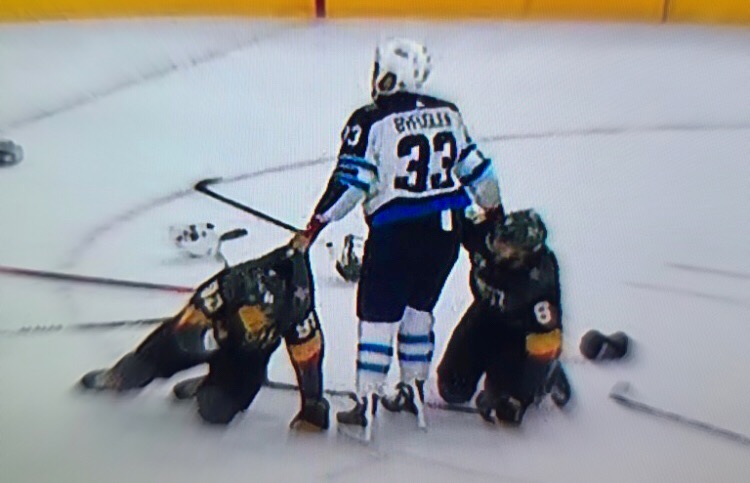 Dustin Byfuglien has been impressing with his play as well as his strength throughout these NHL Stanley Cup Playoffs. For the second time in less than a month he dragged around two NHL players like they were trash bags.

Byfuglien can handle the Golden Knights by himself #NHLJets #WPGWhiteout pic.twitter.com/7FwbFubA9K

In case you missed the first time, here is Byfuglien tossing around a couple of those insufferable Predators.

Ryan Reaves of the Golden Knights says he’s the strongest player in the league but he sure doesn’t flex his muscles like Big Buff. I’ve got Byfuglien in the feats of strength.