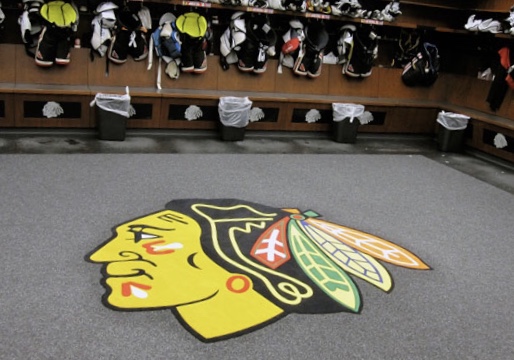 During a news conference on Monday, NHL deputy commissioner Bill Daly stated that alternate jerseys will make their return in 2018-2019. He did not give the exact number of organizations that will take part but estimated about 1/3 will adopt a third look.

Adidas took over the NHL uniform contract last season and no teams had a regular third jersey. The only jerseys worn last season that weren’t a home or road were for specialty games such as the Stadium Series and Winter Classic.

The Arizona Coyotes have already announced that they will be taking part and will debut their third jersey at the draft. It should be expected that other teams will unveil theirs around this time as well. There is no word if the Blackhawks will take part and there is no guarantee either.

The Hawks have not worn an alternate jersey since the 2010-2011 season in which they wore an iteration of their 2009 Winter Classic look. Before then they wore black jerseys that were of the same template as their home and road from 1996-2007. Then again in 2008-2009.

It will be interesting to see if the Blackhawks do participate. The organization has had an on again off again relationship with them since teams started adopting thirds in the mid-90s.

If they do, I wouldn’t expect anything drastic from them either (fine by me). Their alternates and specialty game jerseys have just recycled former looks. If this is the case, I hope they go with the third jerseys they wore in 1991-1992 or their original black and white look.