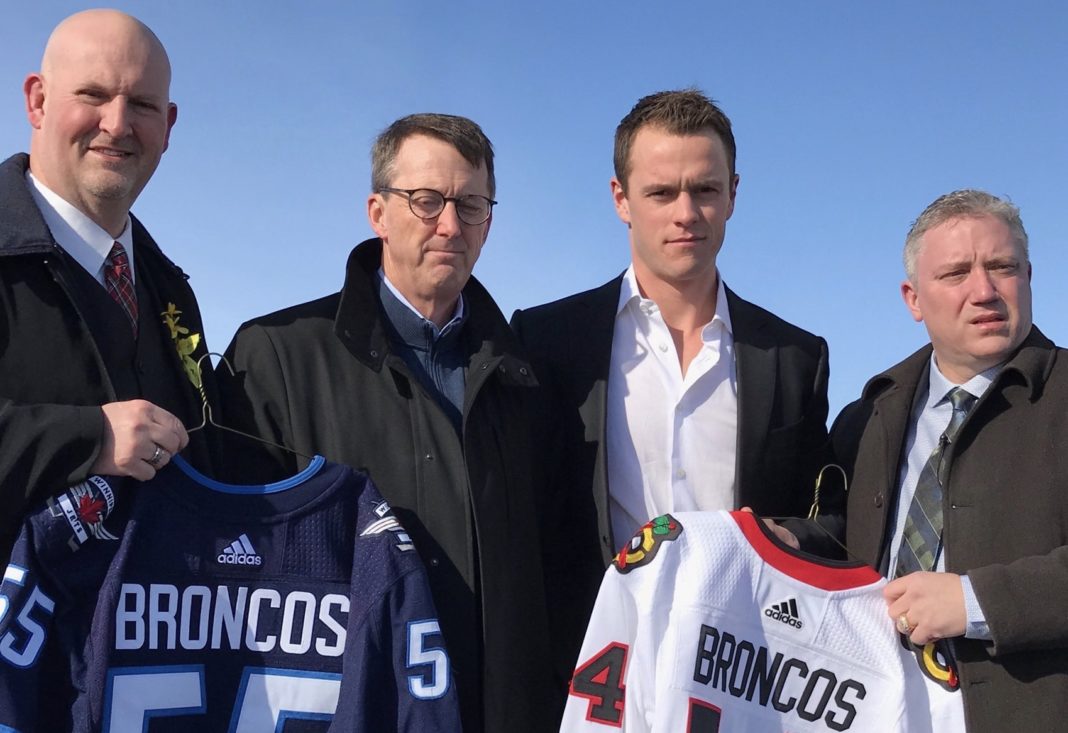 Blackhawks Captain Jonathan Toews along with Winnipeg Jets Executive Chairman Mark Chipman delivered game-worn jerseys to the Humboldt Broncos organization today. The jerseys hold special significance as every player wore “BRONCOS” on their nameplate instead of their surname during the April 7th game between the Jets and Blackhawks.

The Saskatchewan Junior Hockey League’s Humboldt Broncos bus crash with a semi-truck resulted in sixteen deaths. Fourteen of which came at the scene and two later from injuries sustained.

It is not the normal happy return for Toews to his hometown of Winnipeg as he spoke.

“But just to know the entire hockey world is there for them, support and love is there.”

Toews always seems to come through when good needs to be done in the hockey community. He continues to be a great ambassador for the Blackhawks and the game as a whole.

NHL Jerseys for #BroncosStrong @JonathanToews and @NHLJets Winnipeg exec chairman Mark Chipman who came up with the idea for the Broncos names on back of jerseys last Saturday night. Invited by family to be at funeral for Jacob Leicht one of 3 funerals today. @CBCNews pic.twitter.com/lyIucpi6Io