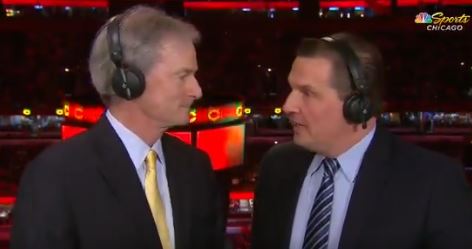 In the best news of the Blackhawks season, Eddie Olczyk announced on live television that his cancer is gone. There are few broadcasters and analysts as good as Edzo and the whole hockey world is ecstatic for him.

Olczyk did all the battling but he showed a lot of appreciation for the support, thoughts and prayers that everyone sent him. We will look forward to having him around all next season.

Eddie O is cancer free! Hear the full update from Edzo, himself: pic.twitter.com/toYZCEHi0f