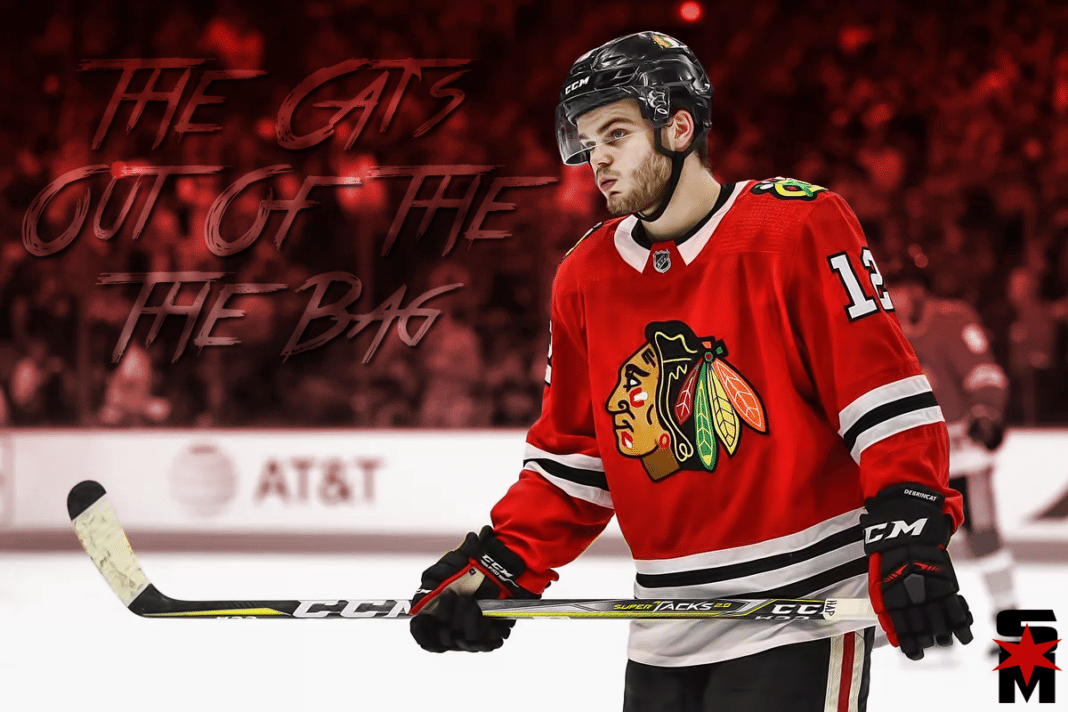 Alex Debrincat has had one of the best rookie seasons in Blackhawks history and added quite an accomplishment tonight. The Cat tallied his third hat trick of the season. A feat no other Blackhawks rookie has ever reached.

It was the fourth multi-goal game for Debrincat who is one of only 6 NHL rookies to have 3 or more hat tricks in their rookie season over the last 30 years. The impressive list includes Teemu Selanne (5), Joe Nieuwendyk (4) Patrik Laine (3), Eric Lindros (3) and Tony Granato (3).

Debrincat is currently tied for second in goals (25) with Winnipeg Jets player Kyle Connor. Brock Boeser of the Vancouver Canucks leads all rookies with 29.

Boeser has been out the last couple weeks, so if The Cat can ride a hot streak out of this game, he might have a chance to catch him and grab the Calder Trophy for rookie of the year.