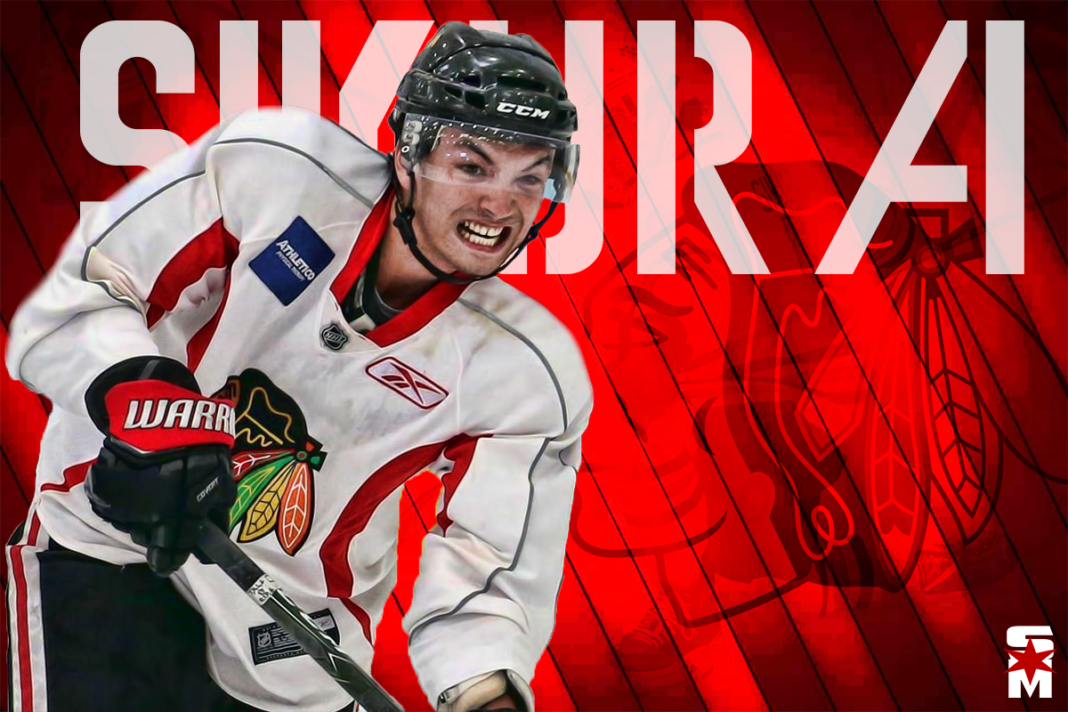 The Blackhawks signed one of their top prospects in Dylan Sikura today. There was some speculation that the Hobey Baker finalist may take a look around the league for other offers a la Kevin hayes. That was not the case as Sikura inked a two-year deal today to run through 2018-2019.

He will join the team immediately and wear number 95 for the Blackhawks. In case you forgot what their jerseys look like, you can see a mock up of his new jersey below.

Sikura was originally drafted in the sixth round (178th) of the 2014 NHL draft. In this his final college season with Northeastern University, he netted a career high 22 goals and 32 assists for the third highest point total in the NCAA.

He improved throughout each of his NCAA seasons and last summer Sikura impressed the Blackhawks brass and fans at rookie camp. He had a much better showing than soon to be teammate Alex Debrincat and we all know how good he’s been with Blackhawks this season.

There are high expectations for Sikura and he may be a key piece to the revitalization of the Blackhawks next season.

Dylan Sikura will be wearing #95 with the #Blackhawks when he joins the team tomorrow. pic.twitter.com/A7q2RvLx0d