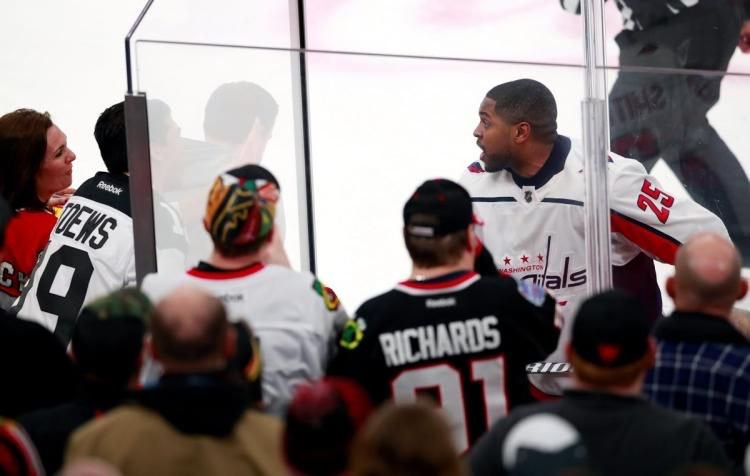 In the video he appears to alert the penalty box attendant and then points his stick in their direction while moving that way. An off-ice official confirmed what was happening and had the fans ejected.

In an interview after the game (below), Capitals Head Coach Barry Trotz said that there is no room for this in hockey or in the country.

He is absolutely correct and this comes just one game after the Blackhawks #HockeyIsForEveryone game. This is disgusting and these people should be ashamed of themselves. It doesn’t matter who you are or what you paid for your ticket, no one deserves to be stereotyped and taunted for their race.

The Blackhawks released this statement following the game. 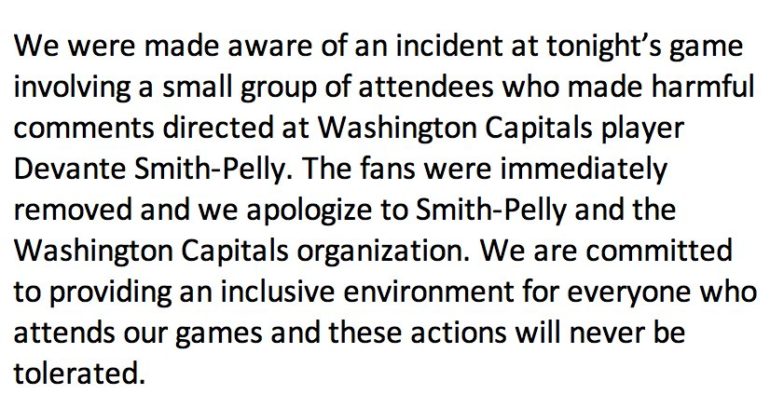 “There’s absolutely no place in the game of hockey or in our country for racism.” — #Caps Coach Barry Trotz on an incident involving Devante Smith-Pelly on Saturday in Chicago. Four fans were ejected for taunting DSP when he was in penalty box. pic.twitter.com/kxn3uClSBY