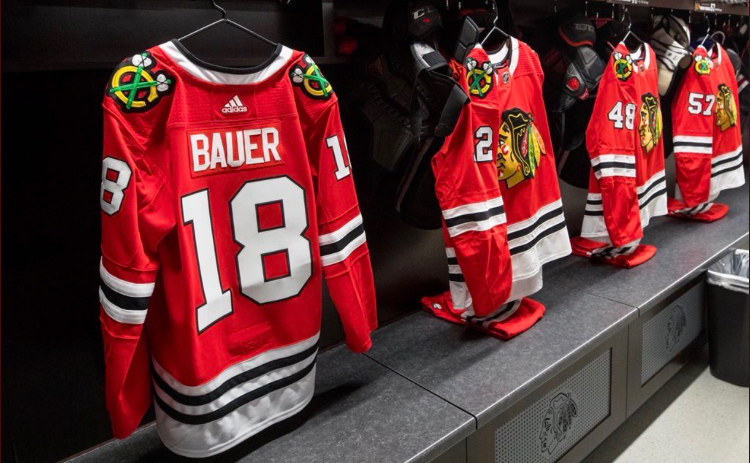 Unfortunately, tragedy often brings a community together and such was the case this week. The Blackhawks paid homage to fallen Chicago Police Commander Paul Bauer and did so not once, but three times this weekend.

On Friday Blackhawks stars Patrick Kane and Duncan Keith paid tribute to the officer by attending his wake. Never a comfortable event to attend, it was an extremely nice gesture on the player’s parts.

To follow up on Saturday evening before their game, the organization dressed a locker stall for Commander Bauer. It was complete with a nameplate displaying his name and a jersey with the same.

The organization wasn’t done and held a moment of silence before the National Anthem. The crowd responded with resounding applause in a show of respect for Bauer.

These gestures were all very respectful for a man that put his life on the line for the citizens of Chicago on a daily basis. While these gestures won’t bring officer Bauer back, it just proves that all Chicagoans are part of the community and have to recognize what men like him do for us.