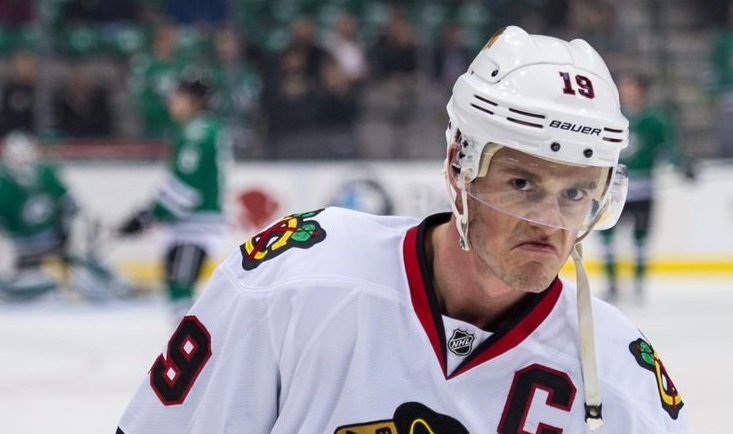 Carmen DeFalco from ESPN 1000 recently joined our friends on the 312 Podcast to discuss Chicago sports and of course the Blackhawks. It has been an up and down year and now they may lose Corey Crawford for the rest of the season. While DeFalco doesn’t give the hottest of takes, he does say something that Blackhawks fans may be in denial about.

I would agree with DeFalco. As much as many fans want to deny it or debate it, Crawford is a near-elite NHL goaltender and keeps the Blackhawks hopes alive. Without him they have goaltending by committee and the committe of Forsberg and Glass cannot take the Blackhawks very far. Crawford is the sole reason they are about .500 with a record of 16-9-2 to Forsberg and Glass’ 6-8-4.

The Blackhawks sit dead last in the Central Division and twelfth in the conference with a record of 22-17-6. It’s only three points out of a playoff spot but they need to jump four teams to get in. Without a goaltender like Crawford it will be hard to make that jump.

DeFalco tossed around the idea that the Blackhawks could explore making a trade for another goaltender but there are two dilemmas. One, there isn’t really anyone that good available. Two, they currently don’t have anyone on the roster to give up, that anyone will take. Trading any prospects to get another mid-tier goalie would jeopardize the Blackhawks future.

As a long-time supporter of Crawford, I personally agree with DeFalco and believe that the Blackhawks won’t make the playoffs without him. This would end the second longest active playoff streak in the NHL behind the Pittsburgh Penguins and lead to a very interesting offseason.

The Stanley Cup window is closing on the organization and I don’t believe this is the change Stan Bowman was talking about after last season. Missing the playoffs this season could lead to very big changes in the Blackhawks organization this summer.