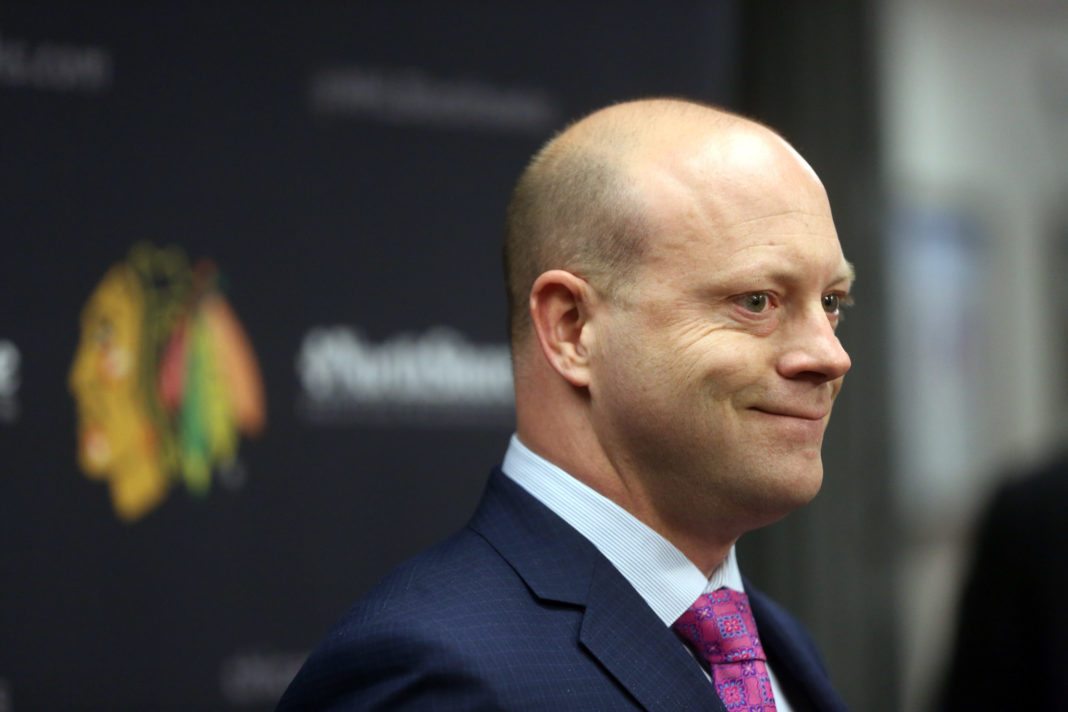 It has been a busy couple of weeks for the Blackhawks organization and it continued today with free agency frenzy. Stan Bowman has held to his word that there would be change but has brought back familiar faces in the process. Many fans feel the moves haven’t addressed the need to get faster and improve the defense of the team, but Bowman defended his moves today.

The signing of Patrick Sharp to a one-year contract today made many fans excited but left others scratching their heads. Bowman has mentioned making the team faster but signed Sharp who is 35 and coming off hip surgery.

When Bowman was asked about the injury he said Sharp has been on the ice and “The injury’s not a concern for us. … Training camp is still a couple months away and he’s well into recovery.” He added that Sharp still has “great speed” when asked about the need to get faster this offseason.

Likely responses but there has to be some concern. It’s common for a one-year contract to have it, but there is a games played incentive built into his contract. This isn’t something that would be built in unless there was even the slightest bit of concern.

Hip injuries are some of the hardest to recover from and most people never get to back to 100%. Sharp has yet to play a game since the surgery and most likely hasn’t skated with or against anyone either. I would like to know how Bowman and the Blackhawks organization made the evaluation that Sharp still has “great speed.” Practice speed and game speed can be quite different.

As far as the defense is concerned, the Blackhawks traded away one of the best stay at home defenseman in Niklas Hjalmarsson for Connor Murphy. A former first rounder of the Arizona Coyotes who has been seen as somewhat of a bust. While he has swift feet, he has yet to prove his worth of a $4 million/year contract.

When Bowman was asked about the defensive concerns going into this season, he responded “We have a number of young players on the doorstep.” He mentioned Pokka, Gustafsson, Oesterle and Rutta as players that he expects to compete for spots during training camp.

I agree that players need to start somewhere but they’ll need to the time to make mistakes and develop. The last couple of years with Trevor van Riemsdyk, Gustav Forsling and Michal Kempny have shown that Coach Quenneville doesn’t have the patience for this. I hope Bowman has stressed this to Q and we can see these players develop, get off the doorstep and get in the door.

While I am not taking Bowman’s quotes at face value, I do trust him. He has more than proven himself as an evaluator of talent and sticks to his word. Sharp will be the mentor he said he will be and the young defenseman are almost ready, they just need the chance.