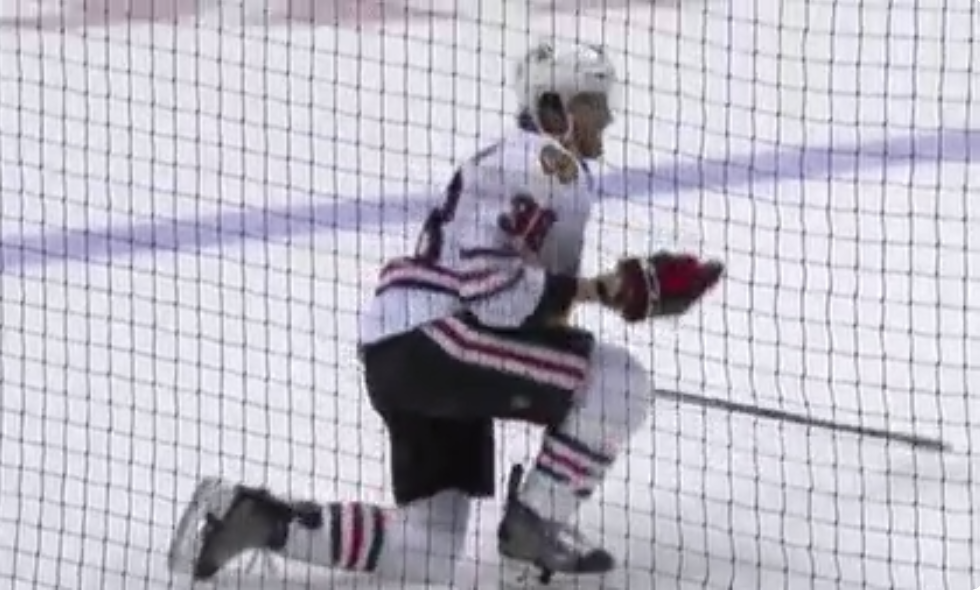 The Chicago Blackhawks are just trying to play out the string. The remaining games on their schedule are essentially meaningless, which you could infer from Joel Quenneville’s decision to rest Jonathan Toews, Duncan Keith, Brent Seabrook, Niklas Hjalmarsson and Marian Hossa against the Anaheim Ducks Thursday night.

This just in, the Hawks don’t give a hoot about the rest of the regular season. That’s the luxury (we’ll see if it helps at all come playoff time) of clinching the Central Division with a handful of games remaining.

The one thing the Blackhawks can’t afford to happen is an injury to a key player. On Thursday, they had a brief scare thanks to everyone’s favorite jerk, Corey Perry.

Perry took a vicious slash at winger Ryan Hartman late in the first period. It was well after the play was over and it left Hartman grimacing on the ice momentarily with what looked to be a right hand injury. He went straight to the locker room afterward.

Ryan Hartman in significant pain after a slash from Corey Perry. He heads straight to the dressing room. #Blackhawks pic.twitter.com/XIYTiSrGZT

Perry received a two-minute minor for slashing, but he deserves a lot more. This is a blatant example of the phrase “intent to injure,” and deserves consideration for suspension, at the very least.

The last thing the Hawks need is an injury to one of their budding young stars in a game that means about as much as an exhibition contest. Perhaps the meaningless nature of tonight’s showdown makes Perry’s infraction even more frustrating.