Chicago is getting hammered from all sides for their decision to trade up from the #3 to #2 in order to grab quarterback Mitch Trubisky. As it turns out though the price they paid, which was two third rounders and a fourth rounder, to execute the Bears 49ers trade was spurred by heavy interest from other teams on the board that were just as interested in the young signal caller.

Nothing increases the price of a trade in the draft more than interest from multiple teams. In most cases the Bears probably could’ve given up just a fourth round pick and made the switch. The fact they had to add so much more indicates there was heavy competition for Trubisky’s services. Adam Jahns of the Chicago Sun-Times has since revealed that was indeed the case.

1. The 49ers might have been playing their hand well, but there were absolutely teams calling to move up for QBs.

2. The Browns, Chiefs, Texans and Cardinals all had interest in moving up. Told that Browns and Chiefs coveted Mitch Trubisky.

Keep in mind that the story the entire week heading into the draft was that the Cleveland Browns loved Trubisky. So much in fact that they considered taking him #1 overall. Of course that would mean having to pass on edge rusher Myles Garrett, the top talent in the entire draft. There is no way they could justify that move. So their next best option? Take Garrett at #1 and try moving back up for Trubisky. 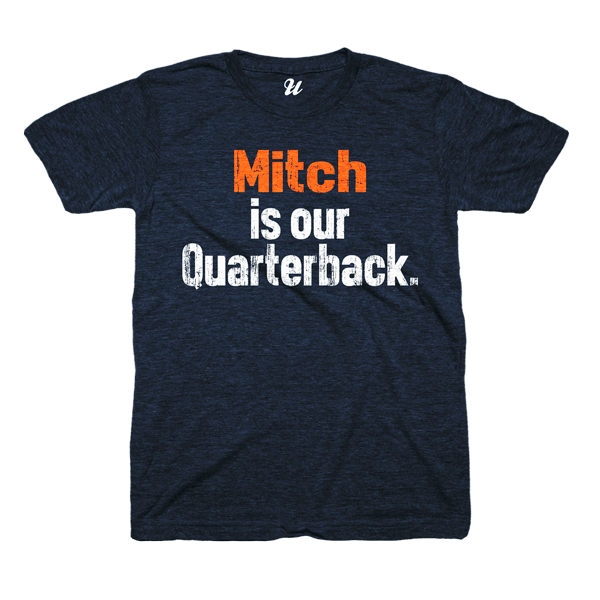 Then there is the fact that Kansas City gave up multiple picks including a future first rounder in 2018 in order to go all the way from #27 to #10 to grab Patrick Mahomes of Texas Tech. So it’s clear enough they had no qualms about climbing high for the guy they wanted.

4. In the end, the Chiefs and Texans did actually move up to draft quarterbacks. So don't doubt their attempts to move up at all.

That looming threat forced Pace into a decision. Risk let it happening or bite the bullet, give up the extra picks and secure your possible future franchise quarterback. Surprisingly he went against the grain of previous Bears GMs and didn’t blink by making the deal.

Pace made it clear enough why he did it during his press conference following the end of day one action. Teams in the NFL can’t be great without a quarterback. He wants the Bears to be great and the best possible way to do that is getting the best QB in the draft. Is there risk? Of course there is. It’s the same with any top draft pick. Did Pace put his job on the line? Yes he did, but that’s the nature of the business.

He can’t expect to win in this league until he gets a quarterback. This was by far his best opportunity to get one and he took it. If that ends up getting him fired, then at least he tried. On the other hand, if Trubisky pans out then what he gave up will be considered chump change down the road. That’s how the draft has always worked. Price is never determined until the value of the player becomes clear.

Pace believes in Trubisky. Now it’s time to sit back and find out why. Smart money says Chicago may not be disappointed.

Make sure to download the Sports Mockery app to get all the latest Chicago Bears draft news the second it breaks.

Eddie Jackson’s Final Play Against The Giants Was Truly Special