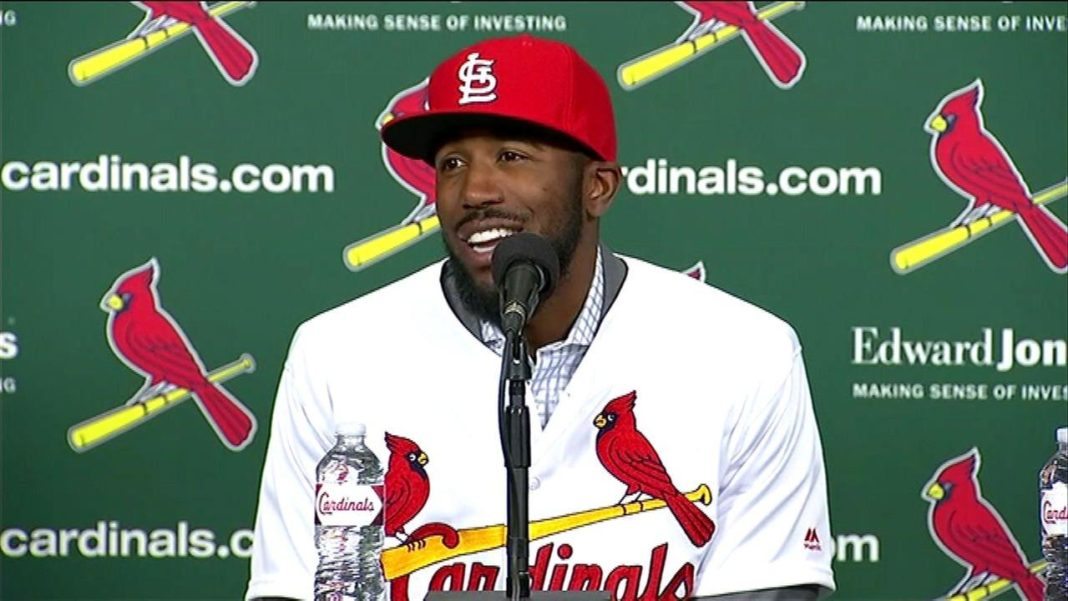 I’m sure Dexter Fowler was warned of the behavior that some St. Louis Cardinals fans have before signing a five-year, $82.5 million contract this past offseason. The center fielder won’t regret signing in St. Louis, but I’d be willing to bet that by the end of his tenure there, some of those scumbag fans will make him feel beyond miserable at times.

According to one fan, Fowler already has two strikes against him all because he was directly asked about the travel ban and how it has affected his family.

See, Fowler’s wife Darya was born in Iran and they had planned to take their daughter Naya there to meet family. Unfortunately that was one of the seven Muslim-majority countries that President Trump restricted travel to and from in an executive order.

As we all know by now, if you’re not living under a rock, the Ninth Circuit Court of Appeals blocked the travel ban.

So, obviously Fowler isn’t too thrilled, especially when you consider that President Trump said he plans to issue a new executive order that would be tailored to the federal court decision. 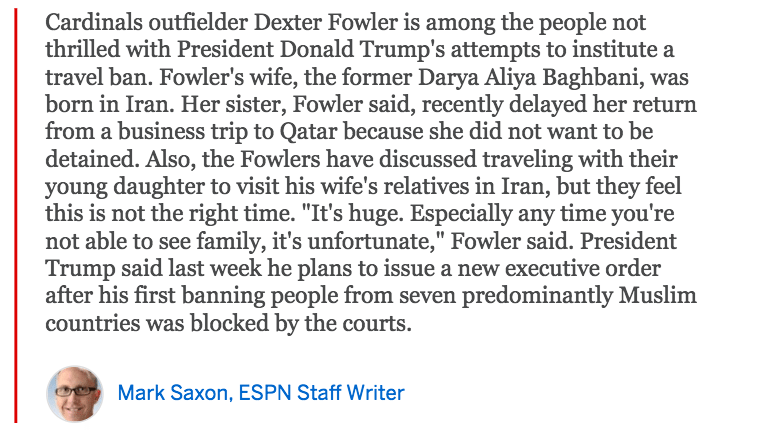 That’s all Dexter Fowler had to say to fuel a Cardinals’ mob.

The sad thing is, you can’t even distinguish the trolls from people who truly feel this way because of how ridiculous the reactions are. Sure, it’s easy to sit here and call out dumbass, ignorant Cardinals fans, but to know that these kind of people actually have these beliefs is sickening.

Remember, Fowler only said, ““It’s huge. Especially anytime you’re not able to see family, it’s unfortunate,” and this is how Cardinals fans responded. 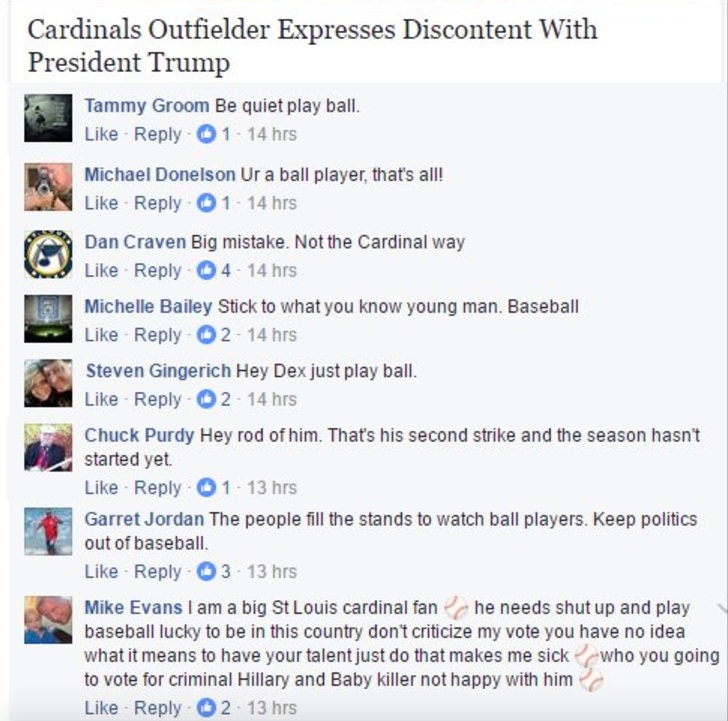 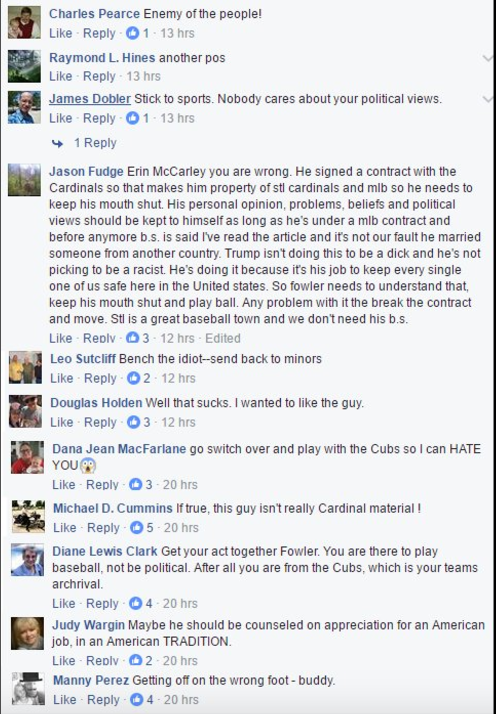 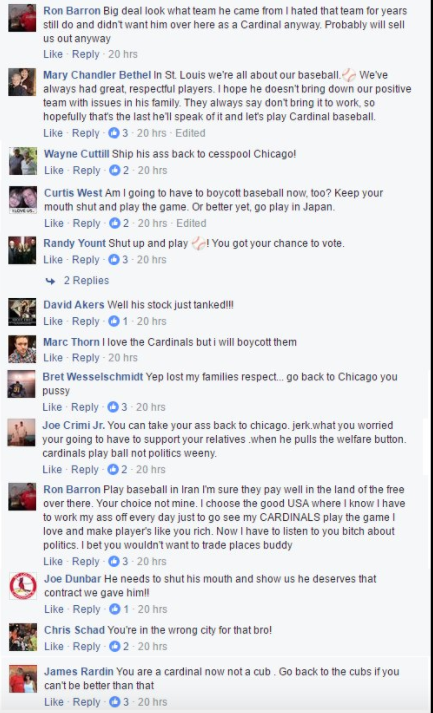 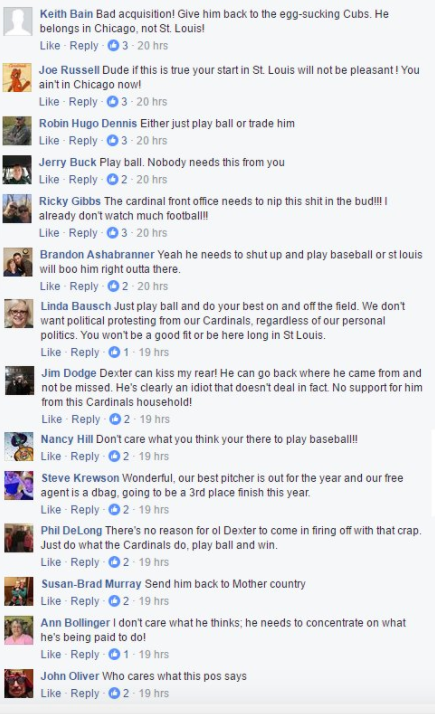 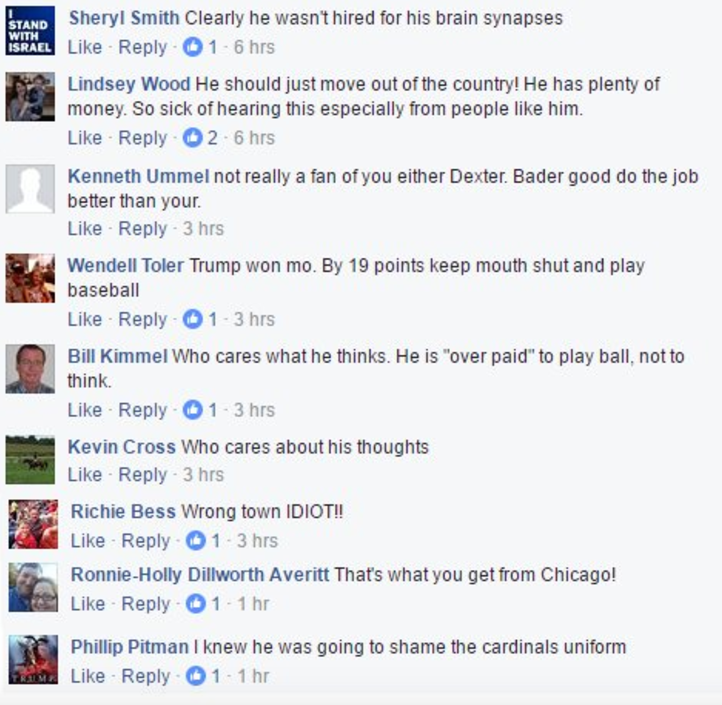 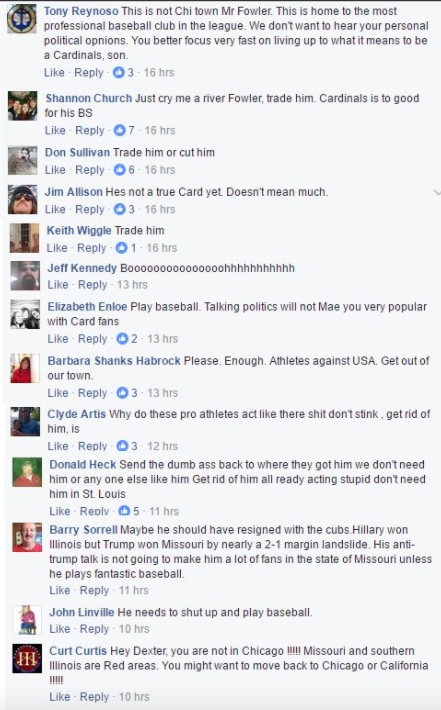 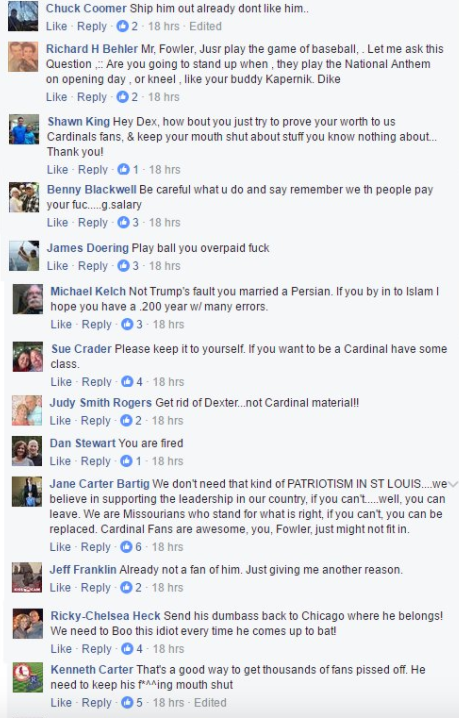 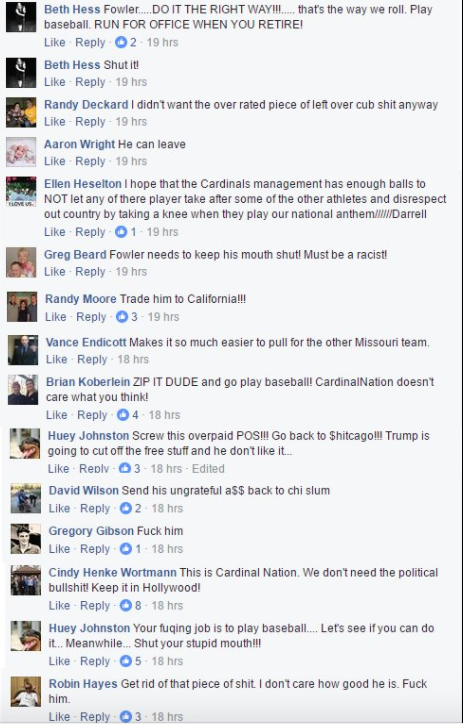 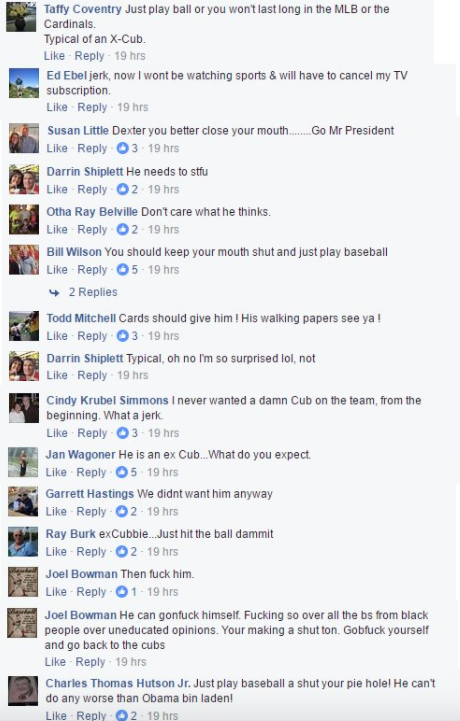 But no, Cardinals fans are the best in baseball or some shit.

Out of curiosity, I wonder what happens when Fowler gets strike three in the eyes of Cardinals fans because some are also pissed he couldn’t make their fan convention because of bad weather and now this. So, what do Cardinals fans think is going to happen? He’ll get traded? Fowler has a no-trade clause in his contract. Is he going to get benched? HAHAHAHAHA they signed him for a reason. Will Cardinals fans stop watching? Stop going to games? That already happens.

Dexter Fowler doesn’t know where to go. Give him a break — it’s his first day. #Cardinals #Cubs pic.twitter.com/iD1D9fInXM

Kidding aside, fuck you to all the “stick to sports” people.