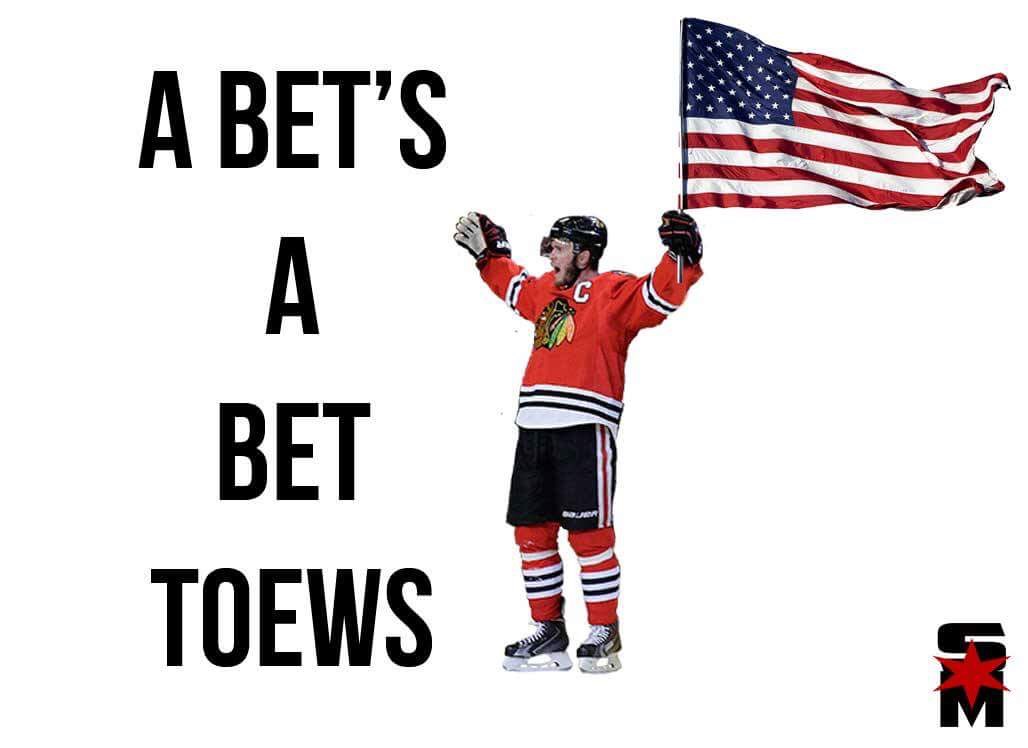 Jonathan Toews and Patrick Kane are two of hockey’s biggest competitors on the ice. It should come of no surprise that it doesn’t change when it comes to their native countries. The two Chicago Blackhawks superstars bet on the Canada vs Team USA final at the recent IIHF World Junior Championships and Canada lost. As a result Toews had to wear a Team USA Kane jersey.

Big win tonight. Big win by USA world juniors too. Now we all get to see @JonathanToews pay up pic.twitter.com/Aq5XlyWtfa

Toews has been getting the best of Kane internationally since 2007 when he defeated Kane in the same tournament. In an epic seven round shootout, Toews netted three goals during the semi-final shootout win for Canada on his way to being named to the tournament all-star team.

Then, there was the 2010 Vancouver Olympics when Toews’ Canadian team defeated Kane and the United States for the gold medal. Toews was named the outstanding forward of the tournament as well as an all-star for his performance.

@TeamCanada I feel your pain but I would still make this bet any day… get em next year. #WJC

You know Patrick Kane has been waiting a long time for his comeuppance on Toews but that feeling may be bittersweet. You know Kane is looking for an opportunity to beat Toews in a meaningful international game himself.