The future of Alshon Jeffery’s NFL career currently hangs in the balance. After receiving the franchise tag from the Bears last season, Jeffery is once again due for a new contract. Chicago isn’t likely to apply the franchise tag again due to the high cost ($17 million) and his PED suspension could cause issues when trying to negotiation a long-term deal. If a deal isn’t worked out the Bears will likely tag and trade him, or at the very worst, let him sign with another team. Here are the five teams most likely to target Jeffery and probably already researching him extensively.

The Rams used the first pick in the 2016 NFL Draft to select Jared Goff, their quarterback of the future. Goff watched his team limp to a 4-12 record with their leading receiver, Kenny Britt, pulling in just under 70 receptions. After finishing with the 31st ranked passing offense last season, the new head coach of the Ram (Sean McVay) will be looking for some answers. The team currently has just over $44 million in cap space and they don’t have a first round pick. Trading for and signing Alshon Jeffery would immediately provide a boost to their mediocre receiving corps and give Goff a solid, much bigger, target to compliment Tavon Austin. 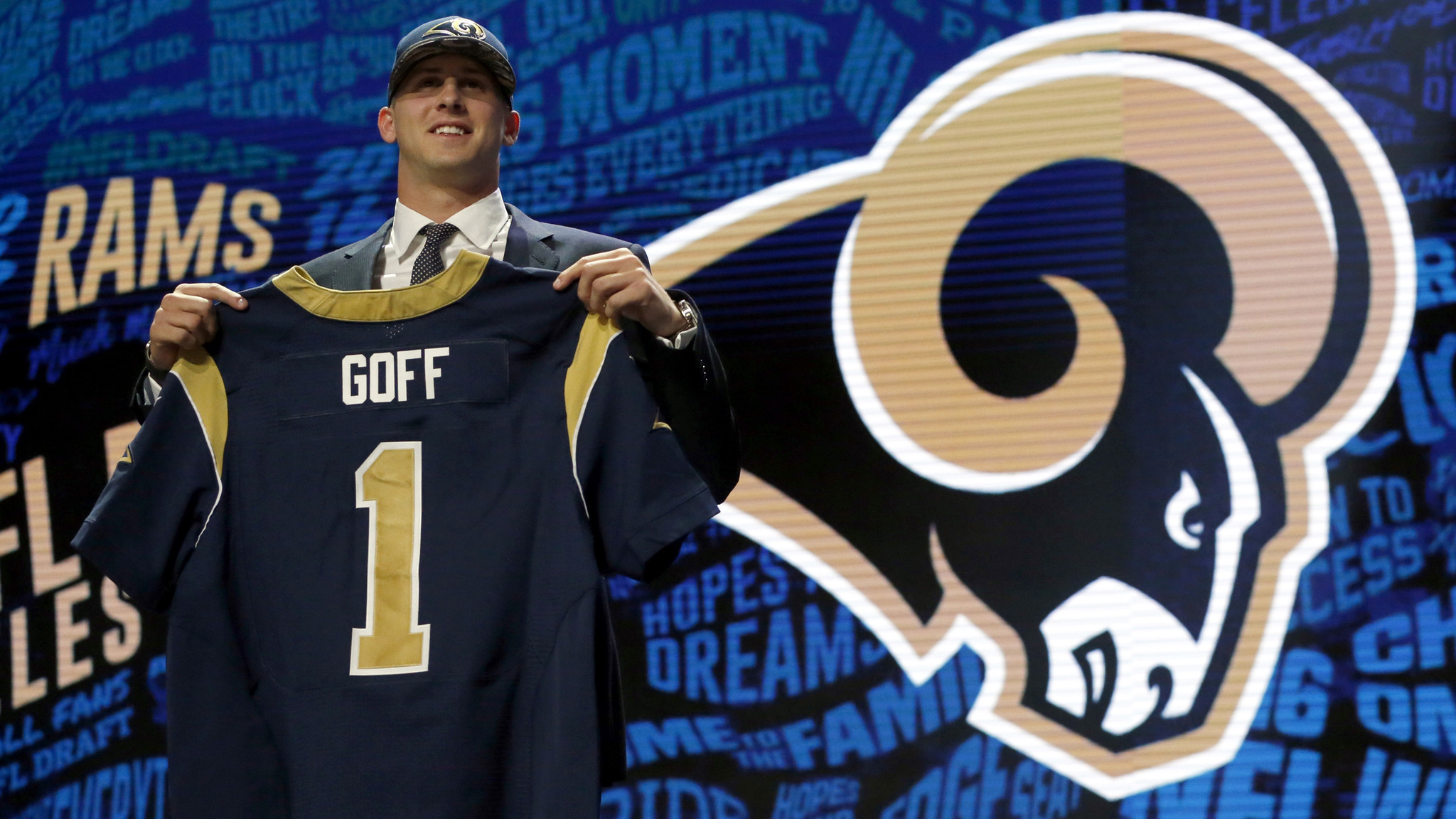