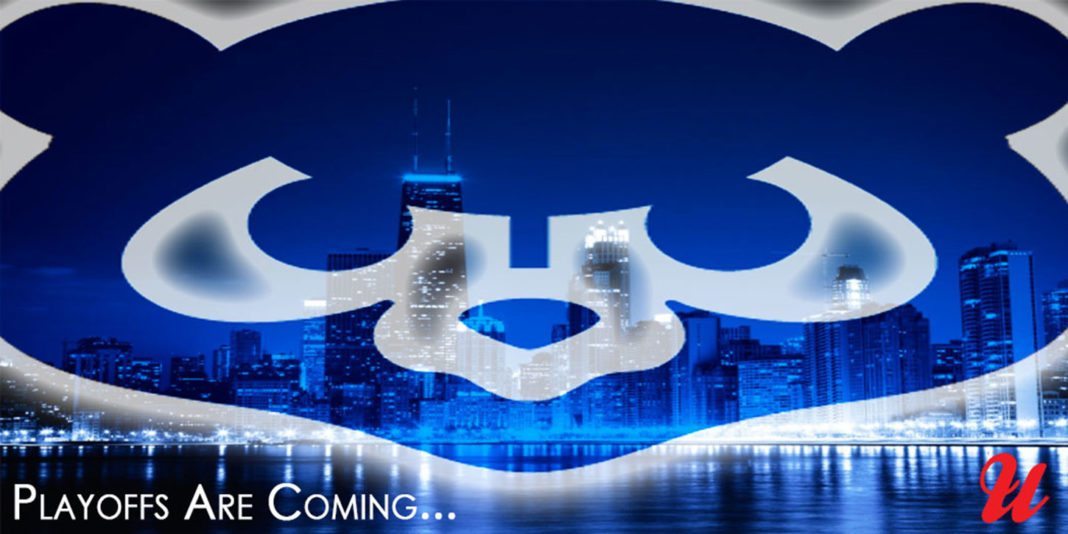 Have you heard? The Chicago Cubs have won the National League Central Division title for the first time since 2008,  hell yes!

Unfortunately though 41, 000+ fans showed up at Wrigley Field expecting a clinching victory last week, only to lose 5-4 to the Brewers and wake up to find out the Cardinals lost and the Cubbies are NL Central champs. Again, hell yes.

What a time to be a Cubs fan.

To put things into perspective, the Cubs haven’t won a pennant since 1945, so the people who were old enough to have seen this team even come close to winning anything are either too old to remember or they’re dead. We will not discuss Bartman.

Whether the Cubs’ brass wants to acknowledge it or not, the entire City of Chicago will be disappointed with anything less than the season ending with parade floats rolling down Michigan Ave.

The Cubs fans want a Championship. They deserve a World Series title.

That’s why this AWESOME shirt was created by Urban Gameday, a Chicago tee shirt company. In the words of the great Jake Taylor from the movie Major League, “Win The Whole F***ing Thing.”

If you haven’t seen the clip from the movie, here it is.

The shirt was created last week and is already flying off the shelves. Urban Gameday is reporting hundreds of sales ensuring that the streets of Wrigleyville will be flooded with fans repping the true message of this Cubs season, WORLD SERIES OR BUST.

That’s why “Win The Whole F***ing Thing” is such an awesome way for Cubs fans to tell everyone what they’re really after. And apparently the vast majority agrees. Some are calling it the ‘Playoff Rally Shirt’ for 2016.

The best part about purchasing this iconic tee is that you can get their division championship shirt as well to be eligible for FREE SHIPPING.

Cubs fans have been salivating about a title since early May, and now that the team has clinched a playoff spot, those elusive championships are starting to look less like dreams. Having a run differential of nearly +300, a pitching rotation with the reigning Cy Young winner and two other potential candidates for 2016, and the league’s’ best defense would mean absolutely nothing unless the Cubs bring home a World Series trophy.

It’s time to band together, more so than ever Cubs fans, and cheer our team to victory in this Cubs’ Playoff Rally Shirt.

This shirt says exactly what every die-hard Cubs fan should be thinking as they cheer the team into the postseason. “Win The Whole F***ing Thing.”