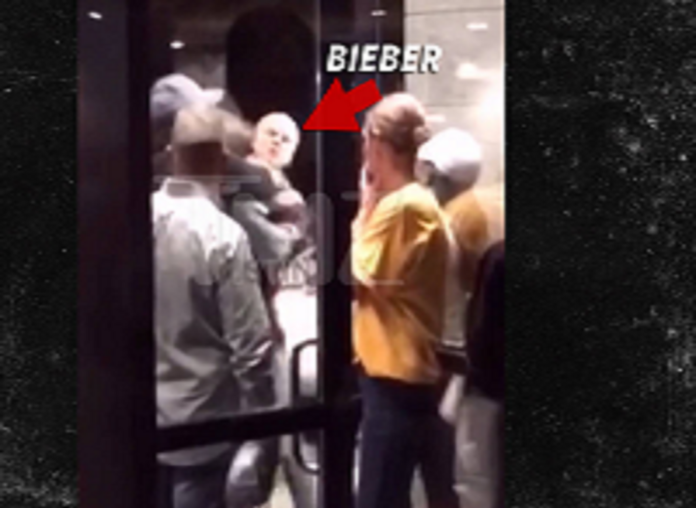 Okay, so this really isn’t really sports related, but having the option to bring you Justin Bieber getting thrown to the ground is just something we couldn’t pass up. And it was right after last night’s NBA Finals Game 3 between the Cavs and Warriors, so there’s your sports connection. Bieber actually attended the game last night and while his Cavaliers won (I guess that’s who he’s rooting for this week), he was booed loudly by the crowd last night, so maybe he was upset about that and decided to get into a little skirmish after the game. Here’s the statement released by TMZ followed by the video. Enjoy.

“TMZ obtained this video of Bieber, shot shortly after 11 PM, outside his hotel in downtown Cleveland — he was face-to-face with the guy, who threw a light blow at Justin’s head. That’s when Justin uncorked a blow right to his face … and then it’s on!

“Several people were standing nearby and tried to jump in, but the fight ends up spilling to the ground.

“It’s unclear what started the scrap. Bieber was in town for the game 3 of the NBA Finals, and was wearing a Cleveland Cavaliers shirt … so it could be post-game trash talk. Also, witnesses say Bieber was getting peppered with requests for photos, and we know how he feels about that.

“Overall … we’d say Justin held his own, though he ended up on the bottom of the pile.”